Big relief! No fresh insolvency to be initiated for 1 year under IBC, says FM Nirmala Sitharaman

In a bid to give relief to companies defaulting on loans due to the COVID-19 stress, Finance Minister Nirmala Sitharaman on Sunday said no fresh insolvency will be initiated for one year under the Insolvency and Bankruptcy Code. 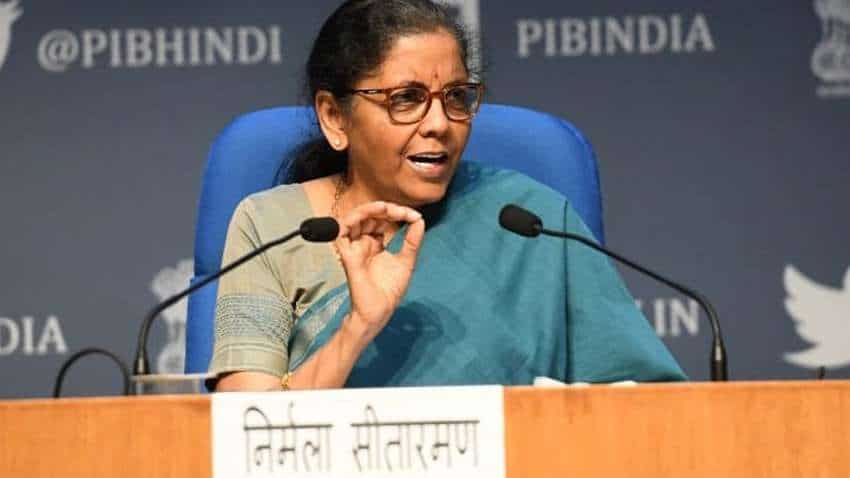 In a bid to give relief to companies defaulting on loans due to the COVID-19 stress, Finance Minister Nirmala Sitharaman on Sunday said no fresh insolvency will be initiated for one year under the Insolvency and Bankruptcy Code. Also, coronavirus-related debt will be excluded from definition of default, she said. Minimum threshold to initiative insolvency proceeding has been raised to Rs 1 crore from Rs 1 lakh to benefit MSMEs, she said adding that an Ordinance will be promulgated to bring this change in IBC.

She also announced decriminalisation of the Companies Act in violations involving minor technical and procedural defaults including shortcoming in CSR reporting, inadequacies in board report, filing defaults and delay in holding AGM.

Majority of the compoundable offences sections will be shifted to internal adjudication mechanism (IAM), she said adding that amendments will be brought through an Ordinance and will de-clog the criminal courts and NCLT.

Seven compoundable offences under the Companies Act altogether dropped and five to be dealt with under alternative framework, the finance minister said.

Also, the government allowed companies to directly list securities in permissible foreign jurisdictions.
Private companies, which list non-convertible debentures on stock exchanges, would not to be regarded as listed companies, she added.

In a big push to revive the COVID-hit economy, Prime Minister Narendra Modi on Tuesday had announced massive new financial incentives on top of the previously announced packages for a combined stimulus of Rs 20 lakh crore, saying the coronavirus crisis has provided India an opportunity to become self-reliant and emerge as the best in the world.

About the financial package, the prime minister said it will be around 10 percent of the GDP and "will play an important role in the Aatmanirbhar Bharat Abhiyan (self-reliant India campaign), adding that the "announcements made by the government so far, the decisions of the RBI and today's package totals to Rs 20 lakh crores".

Apart from the Reserve Bank of India (RBI) assistance, the government had last month announced a Rs 1.74 lakh crore to provide benefits to the poor, including cash transfers, Rs 50 lakh insurance cover and steps to ensure food security.