It's a very big development in view of coronavirus-caused Covid-19 pandemic! 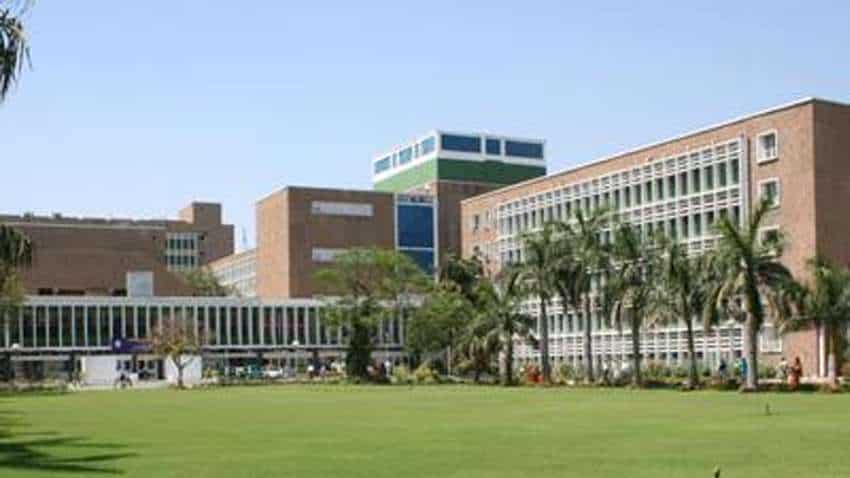 Anybody willing to participate in the trial can send an email to Ctaiims.covid19@gmail.com or an SMS to or call on 7428847499. pic from aiims website
Written By: Prashant Singh
RELATED NEWS

Sarkari Jobs: Want to work with this prestigious organisation? Check out the opportunities here!

Now, AIIMS patients don't have to pay charges during the period of coronavirus pandemic

It's a very big development in view of coronavirus-caused Covid-19 pandemic! The AIIMS Ethics Committee on Saturday gave its nod for a human clinical trial of the indigenously developed COVID-19 vaccine candidate Covaxin following which the premier hospital is likely to begin the exercise by enrolling healthy volunteers from Monday. AIIMS-Delhi is among the 12 sites selected by the Indian Council for Medical Research (ICMR) for conducting phase I and II human trials of Covaxin. In phase I, the vaccine would be tested on 375 volunteers and the maximum of 100 of them would be from AIIMS, as per a report in PTI.

"The AIIMS Ethics Committee gave its approval for starting the human clinical trial of the indigenously developed Covaxin today. Healthy volunteers having no comorbid conditions and without a history of COVID-19, aged more than 18 years and less than 55 years, would be eligible to participate in the randomised, double-blind, placebo-controlled clinical trial," Dr Sanjay Rai, Professor at the Centre for Community Medicine at AIIMS said. "Few volunteers have already registered for the trial. We would start the screening of the individuals and evaluate their health condition from Monday onwards before vaccinating them," Rai, who is also the principal investigator of the study, said. Anybody willing to participate in the trial can send an email to Ctaiims.covid19@gmail.com or an SMS to or call on 7428847499, he said. The institute may also put up these contact details on its website. According to Rai, the Ethics Committee had raised few concerns in the protocol submitted for carrying out of the trial.

"Those concerns were addressed to following which the EC gave its approval to begin the trial by the premier institute," he said. COVID-19 vaccine candidate Covaxin, developed by the Hyderabad-based Bharat Biotech in collaboration with the ICMR and the National Institute of Virology (NIV), had recently got the nod for human clinical trials from the Drugs Controller General of India (DCGI).

Noting that this was the first indigenous vaccine being developed by India, ICMR Director General Dr Balram Bhargava in a letter to principal investigators of the 12 sites recently had asked them to fast-track the human clinical trial approvals stating it is one of the "top priority projects which is being monitored at the top-most level of the government".

The trials have so far started in AIIMS, Patna and some more sites. The DCGI has permitted two vaccines -- one developed by the Bharat Biotech International Limited in collaboration with the ICMR and another one by Zydas Cadila Healthcare Ltd to go in for phase I and II human clinical trials.

Bhargava had said these two vaccine candidates have undergone successful toxicity studies in rats, mice and rabbits and these data was submitted to DCGI following which both got clearance to start the early phase human trials early this month. They have got their sites ready and approximately 1,000 human volunteers would be participating in the exercise for each of the two indigenously developed vaccine candidates, he had said.

Since India is one of the largest vaccine producers in the world, it is the country's "moral responsibility" to fast-track vaccine development process to break the chain of coronavirus transmission , he had said.

Sarkari Jobs: Want to work with this prestigious organisation? Check out the opportunities here!

Now, AIIMS patients don't have to pay charges during the period of coronavirus pandemic