Second half of 2018 witnessed robust leasing activity with about 14.3 million sq. ft. of space take up, a 46  per cent  increase on a half-yearly basis. 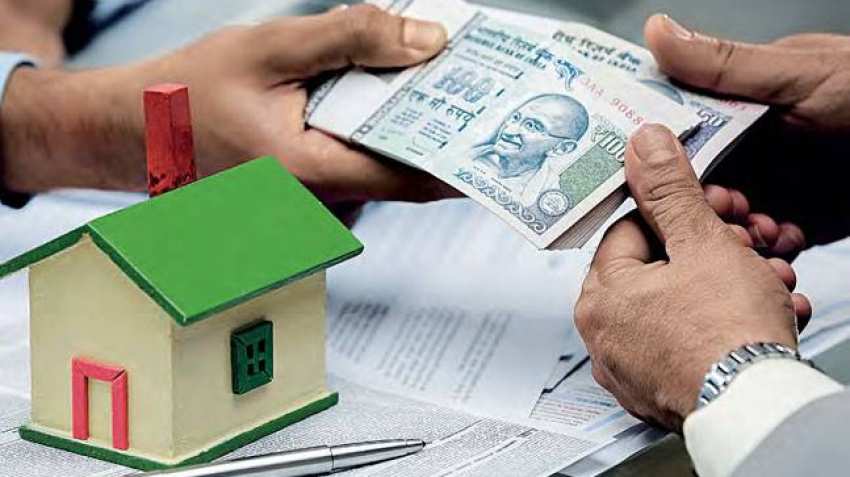 Recording a growth rate of more than 40 per cent compared to 2017, the CBRE report says that implementation of GST led to far-reaching implications on industries, more so in the warehousing and logistics sector. Overall in 2018, Mumbai, followed by NCR, Bengaluru, and Chennai dominated leasing, accounting for more than 70 per cent of the space take-up. The second half of 2018 witnessed robust leasing activity with about 14.3 million sq. ft. of space take up, a 46 per cent increase on a half-yearly basis. Mumbai dominated leasing activity with a share of about 21 per cent, followed by Delhi-NCR (20 per cent) and Chennai (16 per cent), the report said.

Speaking on the findings Anshuman Magazine, Chairman and CEO, India, South East Asia, Middle East and Africa, CBRE said: “We are very positive about the government's vision to increase the sector's contribution to the overall GDP; through more incentives for players and streamlining regulations. With technology permeating the logistics sector, coupled with the government’s push to the sector; corporates will be driven to opt for large, modern warehouses as they would seek to leverage the new GST regime as well as consolidate and expand their operations. This demand we feel would further be boosted by the entry of various private equity firms and foreign players in the Indian logistics market.”

See the CBRE findings below: 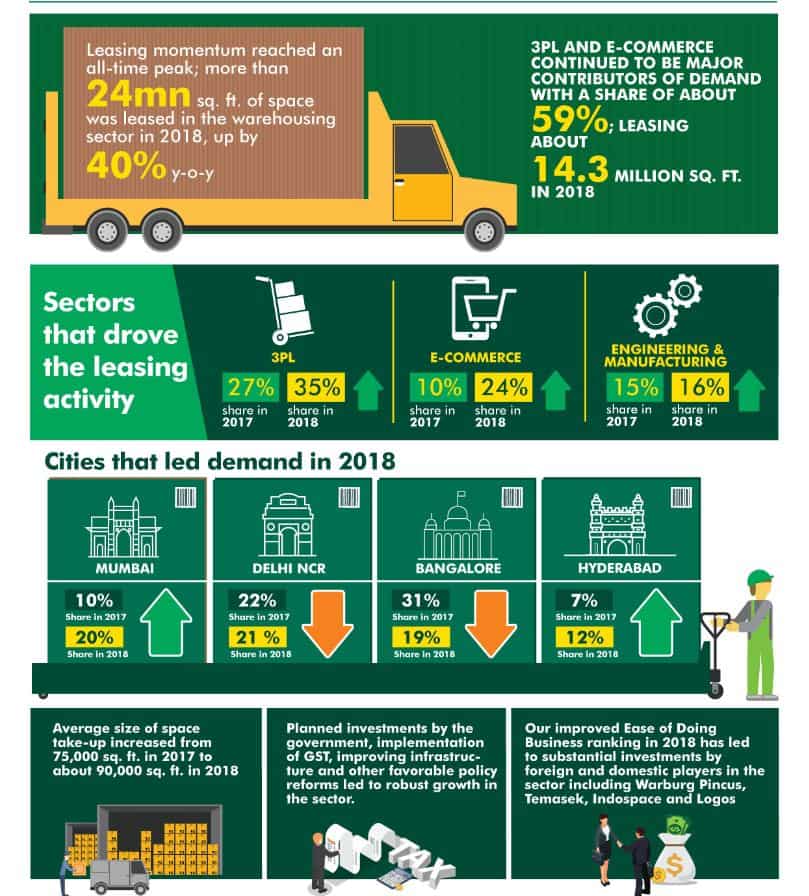 The overall demand for logistics and warehousing space was largely concentrated in Mumbai (21 per cent), Delhi-NCR (20 per cent) and Chennai (16 per cent), closely followed by Bengaluru (15 per cent). Hyderabad and Kolkata accounted for 14 per cent and 9 per cent respectively; while the cities of Pune and Ahmedabad collectively held a 5 per cent share in overall demand.