Arvind Subramanian was appointed as CEA, finance ministry, on October 16, 2014 for a 3-year term and was given an extension last year. 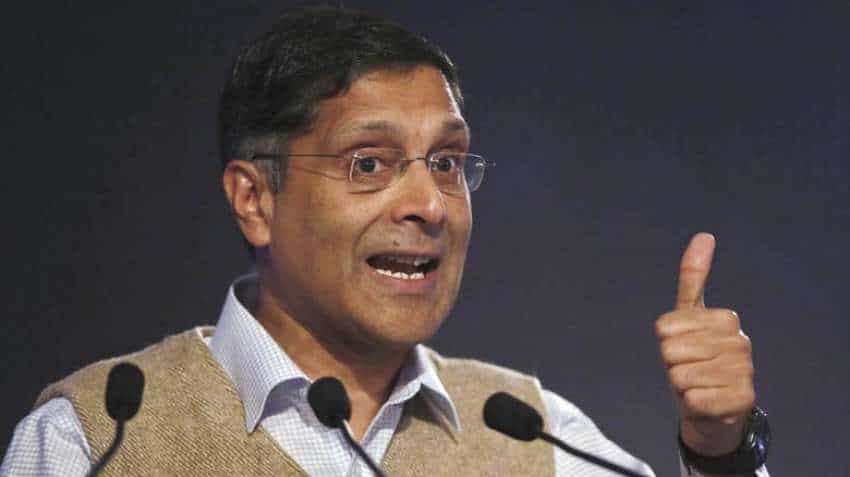 Arvind Subramanian, outgoing Chief Economic Advisor (CEA), on Wednesday made a case about removing the highest 28 per cent slab to simplify the tax structure of the Goods and Services Tax (GST). He also said that there should be a uniform rate of cess on products and services.

“I think the 28 per cent rate has to go. The cesses may have to remain, but there should be just one rate on cesses… Today, we have GST rates of zero, 3 per cent (for gold), 5 per cent, 12 per cent, 18 per cent and 28 per cent. We need to rationalise but I think at the first instance the 28 per cent should go,” Subramanian told Indian Express.

"The cesses may have to be there because we are going to have higher rates for some products but there shouldn’t be multiple rates even here. In my report, we had called for one 18 per cent rate and then 40 per cent rate. Cesses are a different way of implementing the 40 per cent rate,” he added.

The comments have come a couple of days before the one-year anniversary of GST implementation.

Meanwhile, Subramanian last week announced he will quit Finance Ministry as CEA, with close to a year of his tenure remaining, and return to the US for "very compelling reasons", the second high profile exit in less than a year.

Subramanian was appointed as CEA, finance ministry, on October 16, 2014 for a 3-year term and was given an extension last year.

"My departure from this job for entirely personal reasons. It is no secret that we are expecting our first grandchild in the early September. That's a very compelling reason that takes us back to old life of that used to lead of researching, writing, teaching and reflecting above all," he said.

Subramanian's official contract was till May 2019.

"The first person I mentioned this to was the Prime Minister after consulting Mr (Arun) Jaitley," he said, while expressing that this was the best job he ever had and probably ever will be.