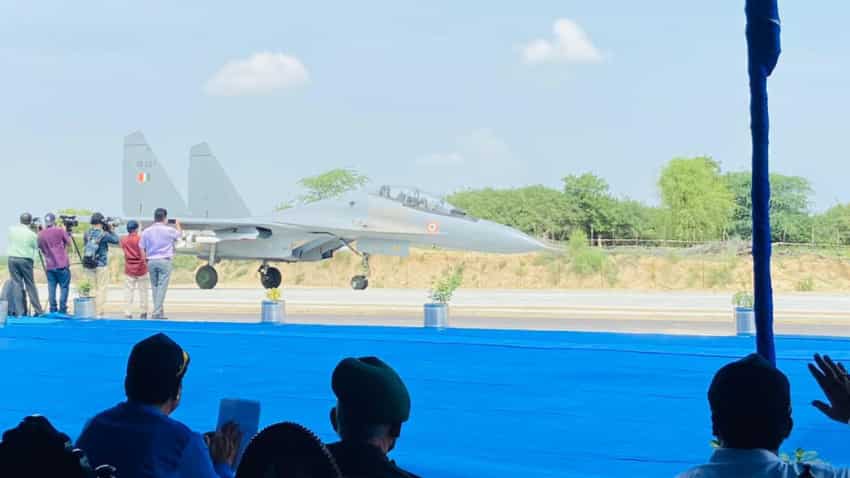 In a major boost for India’s defence forces, Union Defence Minister Rajnath Singh and Union Road Transport and Highways Minister Nitin Gadkari have inaugurated an emergency aircraft landing facility on Satta-Gandhav stretch of NH-925A in Barmer, Rajasthan, on Thursday. This is the first time that National Highway will be used for emergency landing of aircrafts of the Indian Air Force (IAF). Taking to Twitter after the inauguration, Nitin Gadkari said that it is a historic day.

Apart from this Emergency Landing Strip, 3 helipads (size 100 x 30 metres each) have been constructed in Kundanpura, Singhania, and Bakhasar villages in this project according to the requirements of the Air Force and Indian Army.

Developed by the National Highways Authority of India (NHAI), the 3 km-long Satta-Gandhav stretch is a part of Gagariya-Bakhasar & Satta-Gandhav Section having total length of 196.97 Km. The complete section was developed at an estimated cost of Rs 765.52 crore under Bharatmala Pariyojana.

According to the government, this emergency landing strip will be the basis for strengthening the Indian armed forces on the western international border of the country.

“The stretch being located in the western border area will facilitate the vigilance of the Indian Army as well as strengthen the basic infrastructure of the country,” the Ministry of Road Transport and Highways said in a statement.

It may be noted that the landing strip will be able to facilitate landing of all types of aircraft of the Indian Air Force. The stretch will be used for smooth flow of road traffic during normal times.