Railway Minister Piyush Goyal said that by providing free WiFi, Indian Railways has completed one of the promises made in the party manifesto in 2014. 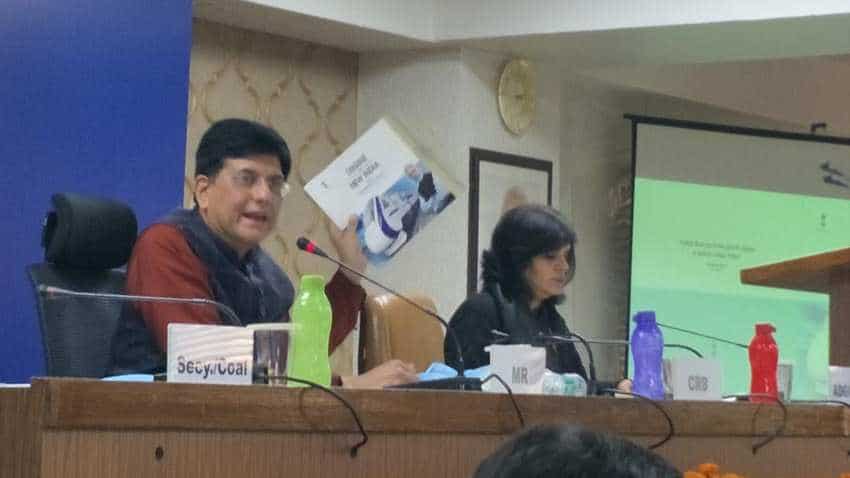 When it comes to Digital India, Indian Railways has been on the forefront in taking PM Narendra Modi's scheme to the masses. From rail ticket booking app to provide free WiFi at railway stations, the railways has not only eased its several cumbersome processes but also has helped people go digital.

Today, during the launch of its five-year work report card, Railway Minister Piyush Goyal said that by providing free WiFi, Indian Railways has completed one of the promises made in the party manifesto in 2014.

"Around 800 stations today provide free WiFi. We have planned to make free WiFi available at 4000 more railway station so across the country," said Goyal.

Goyal elaborated the work done in the last five years and said that the public transporter has achieved many milestones including the elimination of unmanned level crossings and record production of train coaches.

"Modern Coach Factory in Raebareli is inching towards record production. It has so far produced 1,290 number of coaches and is expected to take it to 1,422 coaches till March this year," said the Minister.

He said that Railways will continue to lead PM Modi's Make In India initiative.

Goyal, who is also the coal minister, said that the increase in the production of the coal has confined the import around the previous levels.

"Had this not been done, India would have been importing 1.5 times more coal today," claimed Goyal.

India imports around 200 MT coal per years. As per official estimates, the imports would have reached 380 MT in 2017-18.

Railway Board Chairman Vinod Kumar Yadav, who was also present during the event, said that the public transporter has achieved best ever safety record in 2018-19. Yadav claimed that the punctuality of trains has improved in the last few months and he is continuously monitoring the data to make further improvements.