In another step towards ‘Atmanirbhar Bharat’, the Indian Army and Defence Research and Development Organisation (DRDO) have jointly developed India's first home-made 9mm machine pistol, said a statement by the Ministry of Defence 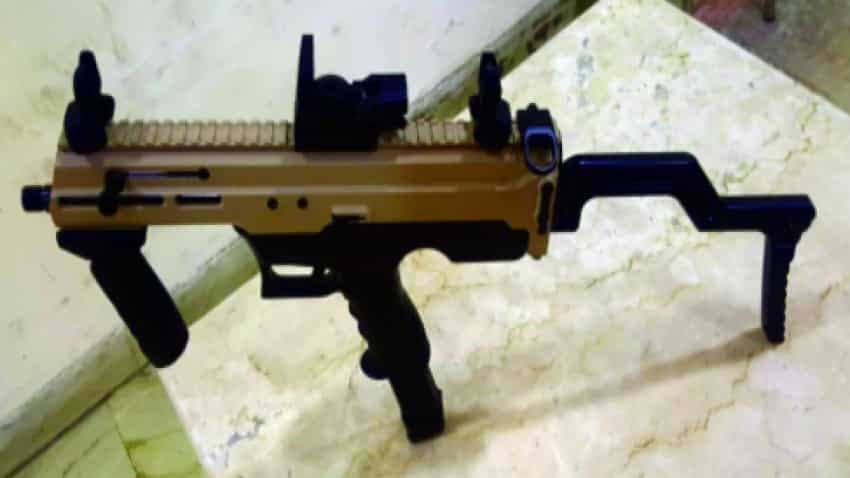 Keeping PM Narendra Modi, vision of ‘Aatmnirbhar Bharat’ , this small step will pave the way for self-reliance and it is expected that the Services and Paramilitary Forces (PMFs) will induct this expeditiously, said defence ministry. Source: PIB
Written By: ZeeBiz WebTeam
Edited By: Harish Dugh
RELATED NEWS

Keeping Prime Minister Narendra Modi, vision of ‘Aatmnirbhar Bharat’ , this small step will pave the way for self-reliance and it is expected that the Services and Paramilitary Forces (PMFs) will induct this expeditiously, said the defence ministry release.

“Infantry School, Mhow and DRDO’s Armament Research & Development Establishment (ARDE), Pune have designed and developed this weapon using their respective expertise in the complementary areas. The weapon has been developed in a record four months. The Machine Pistol fires the in-service 9mm ammunition and sports an upper receiver made from aircraft grade Aluminium and lower receiver from carbon fibre. 3D Printing process has been used in designing and prototyping of various parts, including trigger components made by metal 3D printing,” read the statement.

As far as potential of the weapon is concerned, it has huge potential for Armed forces as a personal weapon for heavy weapon detachments, commanders, tank and aircraft crews, drivers/dispatch riders, radio/radar operators, Closed Quarter Battle, counter insurgency and counter terrorism operations etc.

This is also likely to find huge demand with the central and state police organizations as well as VIP protection duties and Policing. The Machine Pistol is likely to have production cost under rupees 50,000 each and has potential for exports.