In a major announcement, Railways Minister Piyush Goyal has confirmed that Train 18 will now be known as Vande Bharat Express. "It's a train built completely in India by Indian engineers, in a span of 18 months. 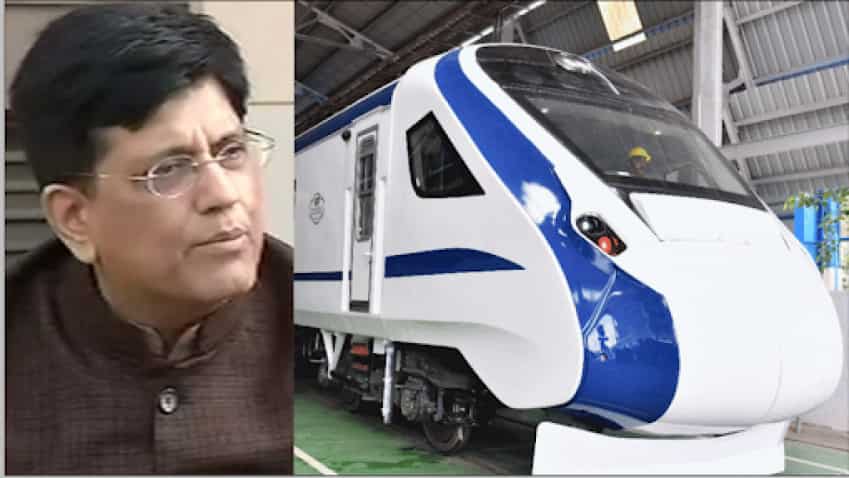 In a major announcement, Railways Minister Piyush Goyal has confirmed that Train 18 will now be known as Vande Bharat Express. "It's a train built completely in India by Indian engineers, in a span of 18 months.

It will ply from Delhi to Varanasi," Piyush Goyal said. Lauding the PM Narendra Modi's ambitious Make in India project, the Railways Minister said, "It is an example that it's possible to make world-class trains under Make in India."

Earlier, it was reported that with all the safety clearances, trials and tests in place, Indian Railways is all set to launch the indigenously-built Train-18. Reportedly, officials have approached Prime Minister's Office

(PMO) seeking time for the launch by Prime Minister Narendra Modi, which is likely after the presentation of the budget. The engineless Train-18 got the final clearance of the Electrical Inspector to the Government (EIG) on Thursday.

The first train is slated to run between New Delhi and Varanasi, the Prime Minister's Lok Sabha constituency. The fares are likely to be around 40-50 per cent higher than the Shatabdi Express.

The new train has a number of features to enhance passenger comfort.

The Train-18 is built by the Integral Coach Factory (ICF) in Chennai. It has undergone extensive trials under the supervision of Research Designs and Standards Organisation (RDSO), Lucknow. It has successfully completed trials up to a speed of 180 kmph. The train is capable of touching a maximum speed of 200 kmph.

Train 18, which runs on electric traction like Metro trains, will start replacing the Shatabdi Express fleet from next year.