Bharti Airtel set to give positive returns: Why you can bet on this stock

CLSA in its research note, has highlighted key factors that are going to boost Airtel in FY20. Not only this, CLSA has also given a buy target on Airtel. 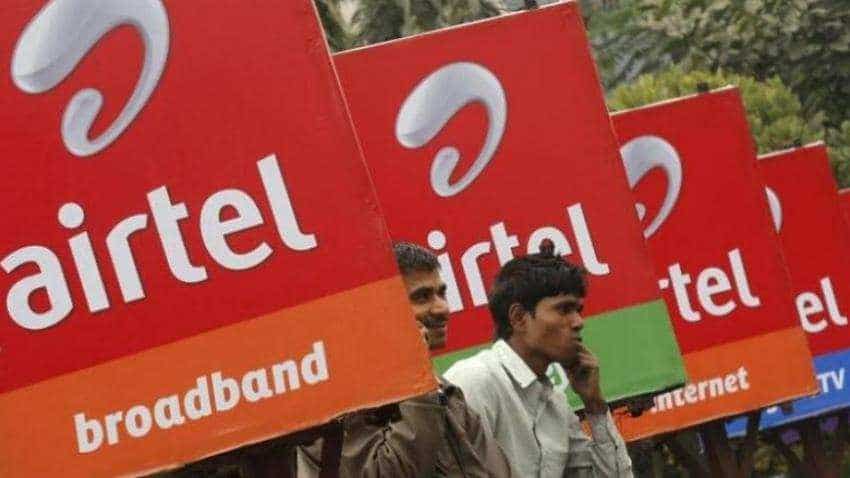 Bharti Airtel has had some tough days since Mukesh Ambani-led Reliance Jio entered the telecom industry.  But, according to a research note by CLSA, it could make the investors rich going ahead. The note highlights key factors that are going to boost Airtel in FY20. Not only this, CLSA has also given a buy target on Airtel. On Friday, the Airtel share was trading at Rs 355.55 per piece down by Rs 1.05 or 0.29% on Sensex. But CLSA has given a target price of Rs 410, which means you can buy Airtel when it is trading at lows. These factors will drive the growth, as per CLSA::

Bharti’s 4QFY19 revenues from India operations would likely be flat QoQ despite growth in India mobile business, due to degrowth in non-mobile businesses. Both homes (fixed-line/broadband) and Digital TV (DTH) businesses will see 3% QoQ revenue decline due to rising competition and implementation of TRAI’s new tariff order. India operations Ebitda too is likely to be flat QoQ, with growth in India mobile Ebitda being offset by 3-7% QoQ decline in Homes and Digital TV.

In Africa, CLSA expects Airtel’s operations to remain strong with 2% QoQ revenue growth. In 4QFY19 local currencies in Africa were stable against USD which should help margins be stable QoQ in Africa at 37%. On a consolidated basis (India +Africa), we expect Bharti’s revenues to grow 1% QoQ to Rs209bn and Ebitda to be flat QoQ at Rs63bn. However, the company would report a loss of Rs 13 billion in 4QFY19 on the back of higher depreciation and finance charges.

From current market price, Airtel is seen to rise over 15% ahead.