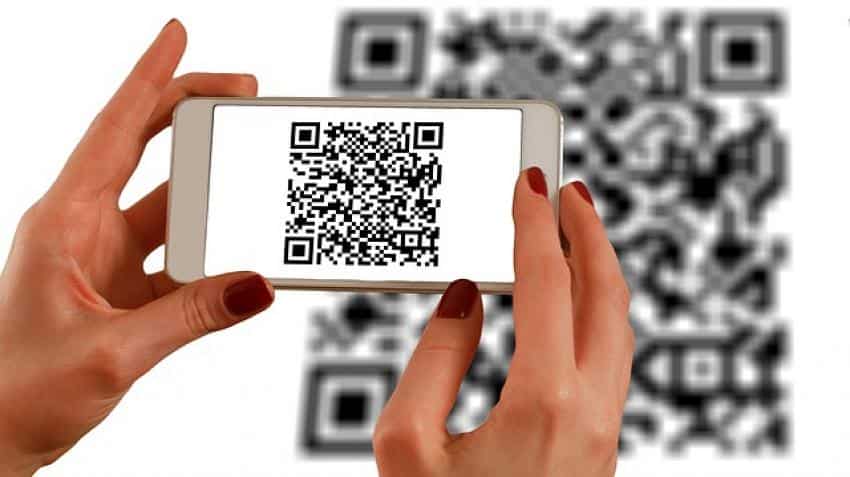 Customers will not have to worry whether their cards will be accepted at any particular merchant location with the introduction of a ‘common’ QR code. Image Source: Pixabay
Written By: ZeeBiz WebTeam
RELATED NEWS

The government of India on Monday approved the functioning of an independent Payment Regulatory Board at the launch of BharatQR code held today.

The independent body comprising of Reserve Bank of India (RBI)’s Deputy Governor, R Gandhi who at the launch event said, “India has been enjoying a very healthy evolution of payments.”

Manish Kohli quoted Nanda Dave, CGM, DPSS, RBI in a tweet who said, "BharatQR is one of the fastest implementation since conceptualisation stage."

BharatQR code which will be mandated by the government will enable digital payments without card swiping machines. Here’s how the government aims to ease up on retail electronic payments.

BharatQR Code is a common Quick Response (QR) code standard supporting Visa, MasterCard and Rupay cards. A QR code generally has an arrangement of black squares arranged in a square grid on a white background.

The BharatQR code based payment will allow customers of any bank to use their smartphones to make payments through the banking app.

Earlier while making payments the customers would need to enter the merchant’s ID or phone number to make payments. Or if customers were using a bank’s app they would have to enter a personal identification number (PIN).

Customers will not have to worry whether their cards will be accepted at any particular merchant location with the introduction of a ‘common’ QR code.

It will be developed by four card payment companies - National Payments Corp. of India that runs RuPay cards, MasterCard, Visa and American Express—under instructions from the Reserve Bank of India (RBI). The BharatQR code will be a common interface for Visa, Mastercard and RuPay it will also facilitate acceptance for using Aadhaar-enabled payments and Unified Payments Interface (UPI).

The customers will now make payments by scanning the QR code at the Point of Sale (POS) and only enter the transaction amount. The amount gets transferred directly from the bank account without the need of a swiping machine.

The code much like many other e-payment interfaces is considered to eliminate the chances of hacks and thefts taking place.

How does BharatQR code work?

According to one bank’s instructions customers with the banking app will need to click on BharatQR to scan the QR code at the merchant establishment.

The customers will be presented with a payment screen displaying merchant details and amount to pay and can then select from any of their Visa, MasterCard or Rupay cards for payment.

On completion of transaction the customer sees a success screen and the merchant receives a notification on his phone for the transaction.

How will this benefit me as a consumer/merchant?

Customers don’t need to carry multiple cards if they are using BharatQR code.

They would only need to link the cards to the app and select the appropriate card during the payment. No need to share your mobile number or account details with anyone.

Merchants will only have to display a board containing the QR code to start accepting payments instead of investing in hardware for accepting digital payments.