Salman is known for releasing his blockbusters on Eid, and yet again the festival is set to welcome the mega Bollywood film, full of stars. 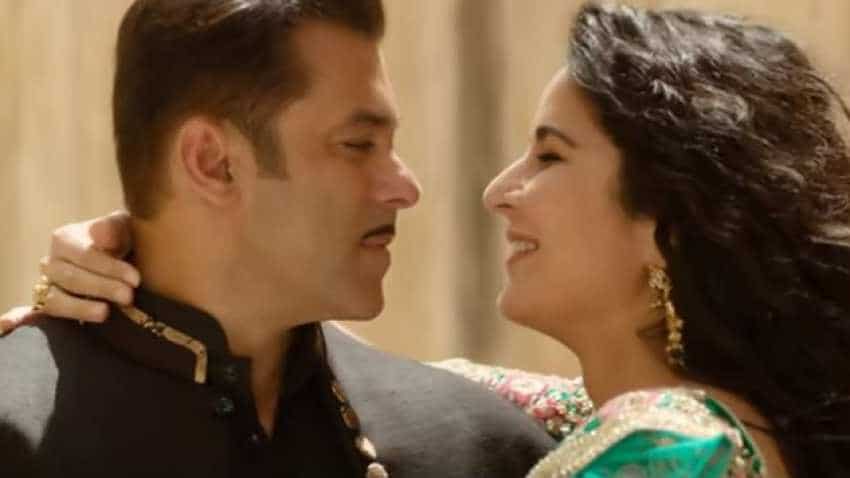 Bharat box office collection prediction: Salman Khan and Katrina Kaif starrer, Bharat is releasing tomorrow (5th June) on around 4,500 screens in India. Salman is known for releasing his blockbusters on Eid, and yet again the festival is set to welcome the mega Bollywood film, full of stars. The movie has created a buzz among Indian audience, right after its trailer launch and is all set to mark its opening on Wednesday.

Film Critic and Business analyst, Sumit Kadel told Zee Business Online, ''The box office collection of Bharat will depend on the content and reviews on social media, in case it turns a good story....It may bag around Rs 140 to Rs 150 crore in its extended opening weekend of five days.''

''The trailer and songs have created curiosity among Bollywood fans and the occupancy rate is expected to post good numbers, due to a day off. While as far as songs are concerned, only the 'Slow Motion' song has been able to perform well so far, though the film will only be driven because of its content,'' added Kadel.

The much awaited blockbuster is full of stardom, right from superstar Salman Khan to Katrina Kaif on frontline. While Disha Patani, Jackie Shroff, Tabu and Sunil Grover will also be sharing the screen with them.

Speaking about the competition, Kadel further added, ''The movie could slightly be affected due to India's first World Cup Match against South Africa on 5th June, while the release of Dark Pheonix, an X-Men's franchise can also play its part to curb Bharat's collections throughout.''

However, made with a budget of Rs 120 to Rs 125 crore, Bharat is expected to turn up positive on Indian Box office unlike previous two Eid releases of Salman Khan. Race 3 and Tubelight were the previous two movie which were unable to meet expectations of the box office, simply because of their storyline.