Bharat box office collection day 1: Salman Khan and Katrina Kaif starrer Bharat has released to a massive Eid opening and should trash a lot of records at the box office. 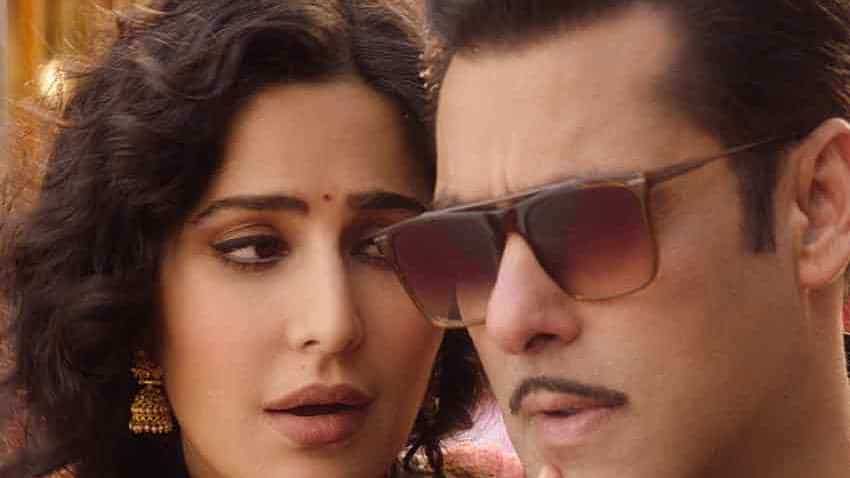 Bharat box office collection day 1: Salman Khan and Katrina Kaif starrer Bharat has released to a massive Eid opening and should trash a lot of records at the box office. The film has emerged as the biggest Eid released by raking in whopping Rs 42.30 crore. "#Salmania grips the nation... #Bharat storms the BO... Proves *yet again* Salman Khan is the biggest crowd puller... #Bharat opens much bigger than Salman - Ali Abbas Zafar’s #TigerZindaHai [₹ 34.10 cr] and #Sultan [₹ 36.54 cr]... Wed ₹ 42.30 cr. India biz," Taran Adarsh tweeted. Earlier, film trade analyst and critic Sumit Kadel tweeted that this could be Salman Khan's biggest EID opening ever, earning over Rs 40 crore. "#Bharat Day-1 (Wednesday) ₹ 40cr+ nett on cards. One of the biggest opening of All TIME," he said on Tuesday evening. In another tweet, Kadel confirmed that the film has got 75 per cent to 80 per cent occupancy across the country.

"#Bharat is Dismantling Box office today on EID.  Salman Khan Biggest EID opening ever. Film is running riot at the box office with over 75-80% occupancy in average across India," he tweeted. However, in a tweet on Wednesday morning, Kadel said that the film might even touch Rs 45 crore mark on day 1. He attributed this to Salman Khan's mega stardom.

His figures were backed by entertainment industry tracker Ramesh Bala who tweeted that the Salman Khan starrer is set to earn Rs 45 crore across the country. "#Bharat is all set for ₹45 Crs Day 1 Nett at the All India Box office..Early Estimates.. @BeingSalmanKhan has as usual rocked the #Eid Box Office," he tweeted.

The film has released to positive reviews and should pick up over the weekend. In fact, Kadel called it Salman's best film of the decade after Bajrangi Bhaijaan. "#Bharat is MARVELLOUS , Salman best film after BB this decade. Superbly executed journey of a man & a nation blended with clap worthy dialogues, humorous & emotional moments. Salman shines specially in emotional scenes, Ali Zafar direction is Superlative," he tweeted.