The Congress-led Punjab government had yesterday ordered a security clampdown as a precautionary measure, while the Army and paramilitary forces have been asked to be on standby to prevent any exigency. 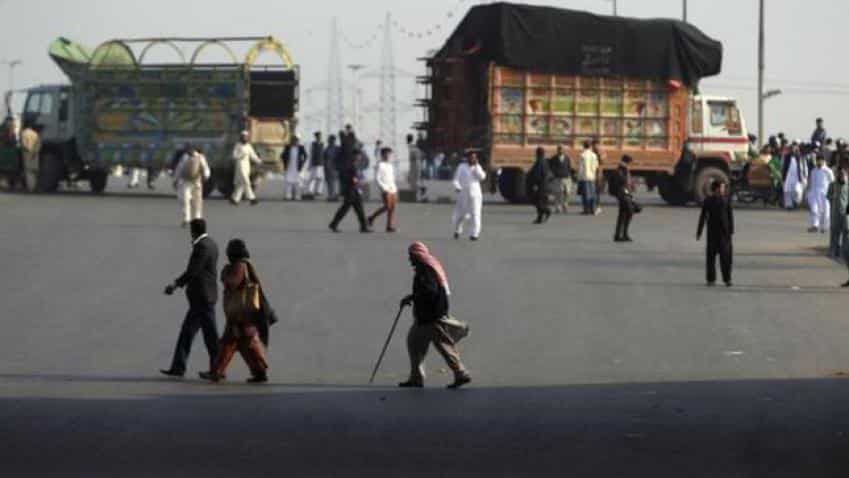 Bharat Bandh today: Security beefed up in Madhya Pradesh, other parts of country

Bharat bandh over SC/ST Act: Dalits took out a protest march at many places in Punjab today to protest the alleged dilution of the SC/ST Act, even as the state government ordered closure of educational institutions, suspended bus services, and curtailed mobile and internet connectivity.
The protests were also witnessed at Ambala and Rohtak in Haryana as well as in the common capital of Chandigarh.

Amid tight security arrangements, the Dalits held protests at Jalandhar, Hoshiarpur, Ropar, Bathinda, Amritsar and Ferozepur in Punjab against the dilution of the Act.

The Supreme Court had on March 20 diluted certain provisions of the SC/ST Prevention of Atrocities Act, in a bid to protect 'honest' public servants discharging bona fide duties from being blackmailed with false cases under the Act.

The verdict is being widely criticised by the Dalits and the Opposition who claim that the dilution of the Act will lead to more discrimination and crime against the backward community.

The Congress-led Punjab government had yesterday ordered a security clampdown as a precautionary measure, while the Army and paramilitary forces have been asked to be on standby to prevent any exigency.

Chief Minister Amarinder Singh had ordered that schools, colleges and other educational institutions would remain shut today, while the Internet services were suspended from 5 pm yesterday till 11 pm today.
CBSE postpones exams

Meanwhile, the CBSE postponed Class 12 and Class 10 examinations scheduled to be held today in Punjab at the request of the state government in view of the 'Bharat Bandh'.

"Taking cognisance of the letter of the director general (school education), the CBSE decided to postpone all class 12 and 10 examinations scheduled for April 2, 2018 in the state of Punjab," it said in a statement issued late in the night.

"Exams will carry on as per schedule in UT of Chandigarh and rest of the country," it said.

In a later development, the education department said the final practical examinations of Classes 10 and 12 of the Punjab School Education Board will be conducted on April 11 instead of April 2.
Transport takes a hit

Public and private transport remained off the road.

"Buses run by the Pepsu Road Transport Corporation (PRTC), Punjab Roadways, PunBus, and private operators will remain off the road during the bandh. Banks too will remain closed," an official spokesperson said.

The orders were issued after the chief minister reviewed the security arrangements with top police and administration officials last evening.

Chief Minister makes appeal
The chief minister appealed to the protestors not to take the law into their own hands, obstruct transport movement or harass commuters.

He also appealed to them that the mortal remains of the 39 Indians killed in Iraq which are expected to arrive in Amritsar today, be allowed to be transported to their native villages without any impediment.

As part of the elaborate security measures, four battalions each of the Rapid Action Force and the Border Security Force, and 12,000 additional police personnel will remain on duty to maintain law and order, an official spokesperson said.

Bharat Bandh today: Security beefed up in Madhya Pradesh, other parts of country