The group's endeavour to cover 100  per cent  of the state's population with its Jio network is "progressing at a fast pace". 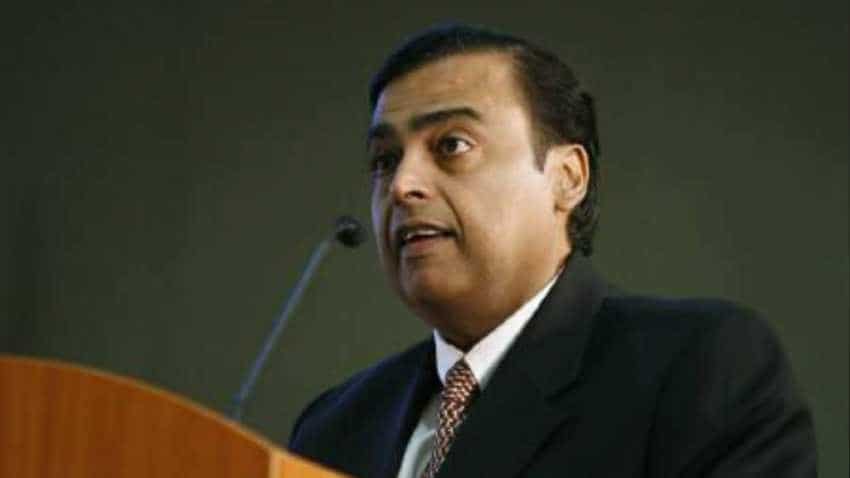 He said the state government has approved the group's proposal and it is setting up this Chair this year. Reuters

Reliance Industries Chairman Mukesh Ambani on Thursday said the group has firmed up Rs 10,000 crore of investments in West Bengal, which is already under implementation.

"In 2016, when I first attended the Bengal Global Business Summit, Reliance's investments in the state were Rs 4,500 crore. Today, our investments stand at Rs 28,000 crore in West Bengal alone," he said addressing the fifth edition of the summit.

"This accounts for about one-tenth of our total investments in India so far," Ambani added.

He said Jio has become the largest investor in the digital space in this state.

"Now, we have firmed up our plan for a further investment of over Rs 10,000 crore. This plan is already under implementation," he said.

The state is poised to become the "logistics hub of the East" with plans to attract investments of Rs 5,000 crore by 2020. Ambani said the group currently provides directly and indirectly about 100,000 jobs in the state.

The group's endeavour to cover 100 per cent of the state's population with its Jio network is "progressing at a fast pace".

"We hope to achieve this within the current year, 2019," he said, adding the time has come for Bengal to become "the land of digital revolutionaries" and "a leader to the Fourth Industrial Revolution".

Ambani said Jio's Gigafiber project of connecting Bengal with optic fibre to bring superior digital services to every home has progressed well and this will transform every home in the state into a "smart home".

Reliance Retail operates here over 500 stores and 46 petro-retail outlets spanning nearly one million square feet across 400 cities and towns of West Bengal and the group has been supporting local businesses by procuring 4,000 metric tonnes of agricultural produce in addition to 2.5 million garments annually, he said.
"We operate nearly three million sq.ft. of warehouses in Bengal and with our new commerce initiative, it will increase manifold in the next 24 months," he said.

Jio and Reliance Retail will "shortly launch a unique New Commerce platform", which will bring win-win benefits to consumers, retailers and producers, Ambani said, adding that across the country, this platform will enrich and empower as many as three crore small shopkeepers.

According to him, Jio has close to one lakh active business partners across the state and the group has set up "Jio Points" as a direct distribution channel in deep rural markets, to cater to the growing rural market and each and every village in the state.

He said 350 such points are already operational and the group is targeting 1,000 by end of this year.

He congratulated the state for providing land for its Data Centre project and gave the assurance of implementing it speedily.

Last year, Ambani announced the establishment of the "Satyendra Nath Bose Chair Professor" in the Department of Physics at the University of Calcutta.

He said the state government has approved the group's proposal and it is setting up this Chair this year.

In the last summit, Ambani had hoped "Bengal is becoming the best Bengal", which he said was "indeed coming true".

He said Reliance will be the "most trusted partner" in the fulfilment of the dreams of nearly 10 crore people of West Bengal.