In the last few years, West Bengal has made great strides in several sectors including infrastructure, economy, governance, education and training of the youth. 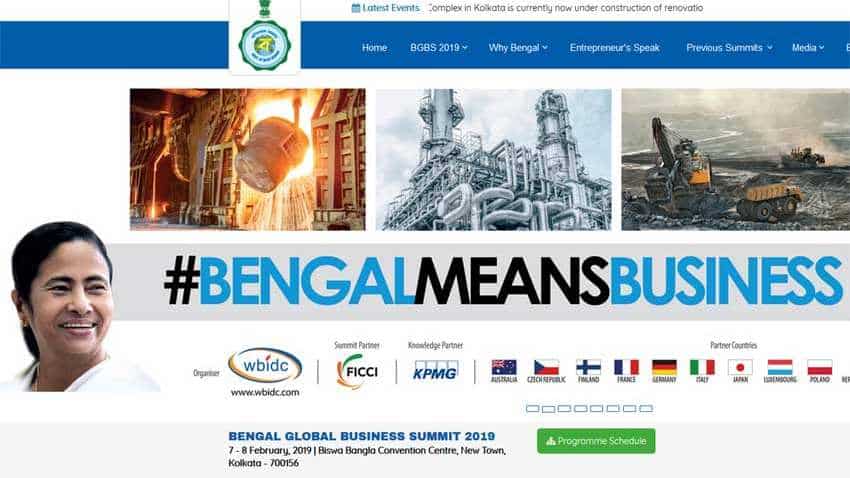 West Bengal's capital Kolkata is the biggest tea auction market in the country.

The stage is all set for Bengal Global Business Summit (BGBS) 2019 on February 7 and February 8.  Preparations have been in full swing for the event at Biswa Banga Convention Centre in New Town, Kolkata. BGBS is the flagship event of the West Bengal government. The Summit showcases the business achievements, readiness and investment potential of West Bengal to the global business community.

In the last few years, West Bengal has made great strides in several sectors including infrastructure, economy, governance, education and training of the youth.

Take for example the E-Abgari initiative of the West Bengal State Excise Department. The initiative takes help of state-of-the-art modern technology to help eradicate the spurious liquor problem in the state. It was awarded the National E-Governance Award in 2017-18. West Bengal is also the only state in the country to have inter-treasury transfers within the Government Exchequer.

Several social sector initiatives in the last few years have put West Bengal on the path of progress.  In the last seven years, the state has set up four government and three medical colleges.

West Bengal's Kanyashree Prakalpa initiative, which seeks to improve the life and status of the girls from economically backward families, has been honoured the 1st Prize in United Nations Public Service Award 2017 and United Nations WSIS Prize 2016 Champion in E-Government Category.

The state ensures food security to 90% population with Khadya Sathi - the flagship food security scheme covering 8.59 crore people. Implemented by Khadyasathi food security, the initiative provides rice and wheat at Rs 2 per kg to the disadvantaged sections of the society while the well-off get foodgrains at half the market price.

The state has ramped up infrastructure creation in the last seven years. Creation of infrastructure related to Information Technology has increased by more than 16 times during the period with a total outlay of Rs. 293.97 crores in 2016-17.

As many as 1.5 lakh students have been provided training in IT and ITES while 1000 Youth Computer Training Centres have become operational under PPP mode in the state. The government has also supported about 30 lakh people with housing infrastructure.

The West Bengal government has established MSME facilitation Centres in all districts to facilitate entrepreneurs in setting up of new industries. As many as 262 ITIs with an intake capacity of 71,379 trainees are functioning.

With Silpa Sathi, the state has set up a single window system to facilitate the entrepreneurs by providing a single platform for getting required approvals.

West Bengal's capital Kolkata is the biggest tea auction market in the country.

The BGBS 2018 had attracted the participation of over 4000 delegates from across India and 32 countries. The event this year will include plenary sessions with political dignitaries from India and abroad, top corporates, thought leaders, senior diplomats.

(Note: This is a sponsored article.)

What is black fever or Kala-Azar? Is it dangerous? Find out symptoms, and prevention here