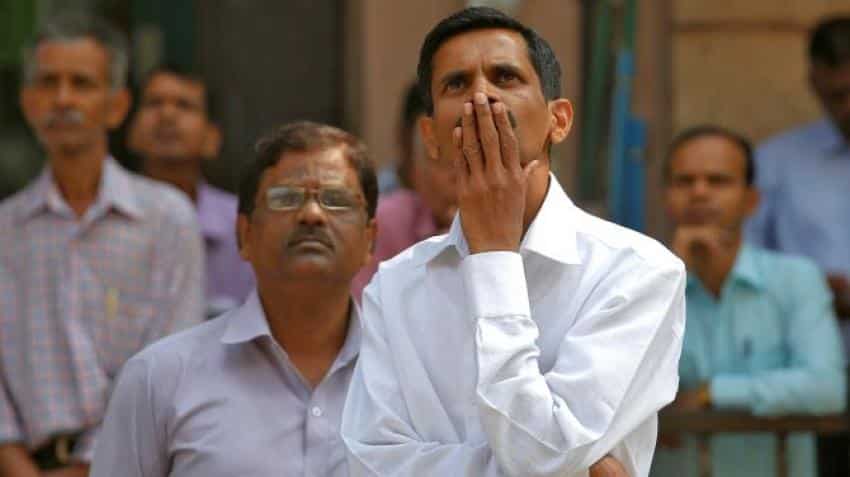 The domestic market cracked on Friday with the Nifty50 slipping below 10,400 mark as Asian stocks tumbled to two-month lows on Friday after Wall Street shares suffered yet another big slide in the face of rapidly-rising bond yields.

In the broader market, the BSE Midcap and the BSE Smallcap indices were down nearly 2 per cent each.

Market breadth, indicating the overall health of the market, was significantly negative. On the BSE, 1,296 stocks rose, 155 stocks declined, while 28 stocks remained unchanged.

"At present, markets are undergoing much awaited (and required) correction. Thus, traders are continuously advised to remain light and avoid any kind of bottom fishing soon. For the coming session, 10,614-10,640 remains to be strong hurdles; whereas lower levels of 10,400-10,300 can be retested anytime soon," said Angel Broking in a research note.

US markets remained the epicentre of the global sell-off, with the Dow plunging 4.1 per cent and the S&P 500 sinking 3.7 per cent overnight.

With Thursday's losses, both the S&P 500 and the Dow slid into correction territory, falling more than 10 per cent from Jan. 26 record highs and showing that the dust was yet to settle from the slide that began a week ago.

US stocks began to wobble last Friday after a healthy US labour market report sparked a spike in bond yields and fears of rising inflation which could trigger more central bank rate hikes.

Higher yields are seen hurting equities as they increase borrowing costs for companies and reduce their risk appetite. They also present a fresh alternative to investors who may reallocate some funds to bonds from equities.