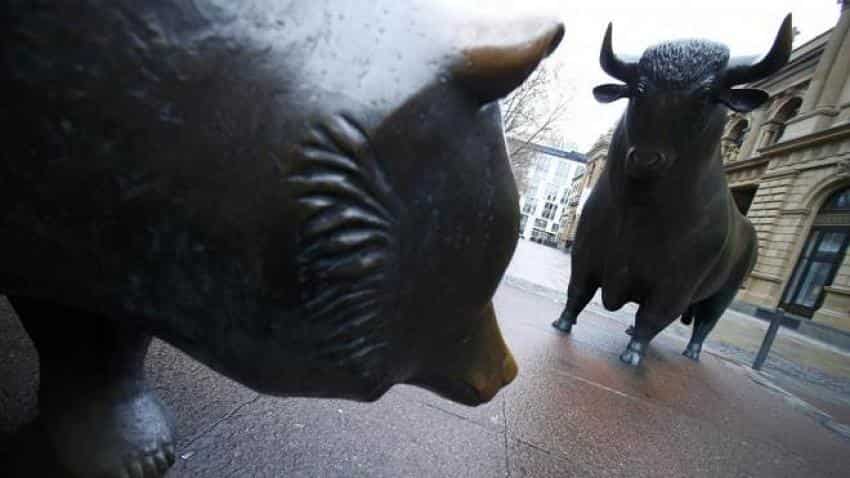 The domestic market extended losses on Monday, after a steep sell-off on Friday, as Asian markets fell the most in over a year as fears of resurgent inflation battered bonds, toppled Wall Street from record highs and sparked speculation that central banks globally might be forced to tighten policy more aggressively.

In the broader market, the BSE Midcap and the BSE Smallcap underperformed to lose over 2 per cent each.

All but Nifty IT (up 0.3 per cent) index was trading in red among NSE indices. Nifty Realty (down 3.5 per cent) shed the most.

Among individual stocks, Bajaj Finance (down 4 per cent), Vedanta (down 3.8 per cent) and Bharti Infratel (down 3.6 per cent) were the top losers on the Nifty, while HCL Tech, Wipro, Infosys and Tata Motors supported the index, gaining up to 1 per cent.

Market breadth, indicating the overall health of the market, was significantly negative. On the BSE, 1690 stocks declined, 184 stocks gained, while 43 stocks remained unchanged.

The measures taken in Budget 2018 may push up inflation and prompt the central bank to raise interest rates sooner, analysts said on Thursday, raising the probability of a scenario that could hurt the nascent economic recovery.

The announcement spooked investors as they expected retail inflation, which is at 5.21 per cent and above the central bank’s 4 percent target, could rise more.

Removal of STT not on cards: Jaitley

To the dismay of market participants, Finance Minister Arun jaitley is unlikely to remove the Security Transaction Tax (STT), that was incorporated in 2005 when then FM P Chidambaram had removed the LTCG. That Long-term capital gains (LTCG) tax and STT both will stay is what Jaitley suggested in an interview with Zee Business.

"STT has been there with STCG. Now it will exist with LTCG too. We have offered concessional rate. We exempted small investors by capping the profit for LTCG tax at Rs 10 lakh. I believe creamy layer is supposed to pay this tax. They can do that," said Jaitley.

MSCI’s broadest index of Asia-Pacific shares outside Japan shed 1.9 per cent in the largest daily drop since late 2016.

E-Mini futures for the S&P 500 fell another 0.44 per cent, an unusually sharp move for Asian hours and suggesting further losses in US markets later in the session.

Investors were spooked by Friday’s US payrolls report which showed wages growing at their fastest pace in more than 8-1/2 years and fuelling inflation expectations.