Industry sector has turned out to be the major problem for banks stressed assets currently in India. This sector has demanded for lower interest cost as it effects their decision to invest in capitals. 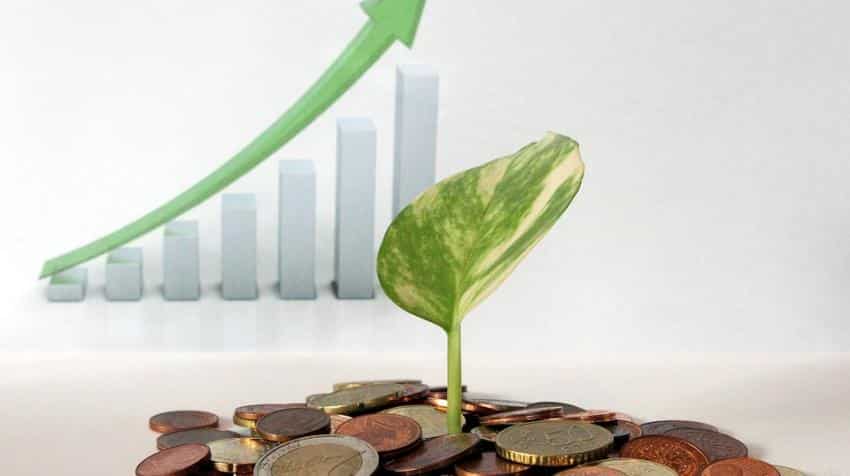 India Inc's ability to repay their outstanding debt at the moment is low – which has resulted in banks choking with higher non-performing assets (NPA) showcasing their weak asset quality.

Stressed assets is mixture of non-performing assets (NPAs), restructured loans and written off assets. They are realized when a borrower fails to pay its principal amount of loan and interest for a of 90 days.

Higher amount of stress in banking system has arised from corporates of various sector.

Madan Sabnavis and Manisha Sachdeva economist at Care Ratings said, “There is constantly demand for lowering of interest rates by corporates as it affects the decision to invest in capital besides their financial performance.” 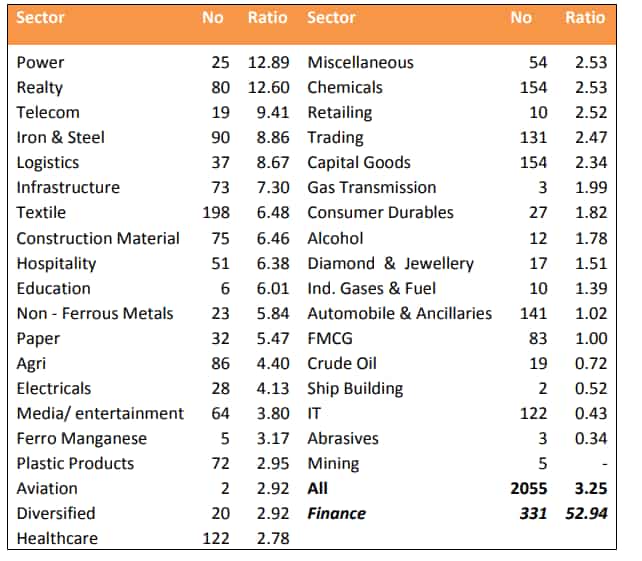 Capital intensive industries like power, realty, telecom and iron and steel have the highest ratios followed by logistics, infrastructure, textiles and construction material.

To be noted these are the industries who have also been identified by the Reserve Bank of India (RBI) to have high stressed assets. 15 of the 38 industries have an interest cost to sales ratio above the average of the sample. 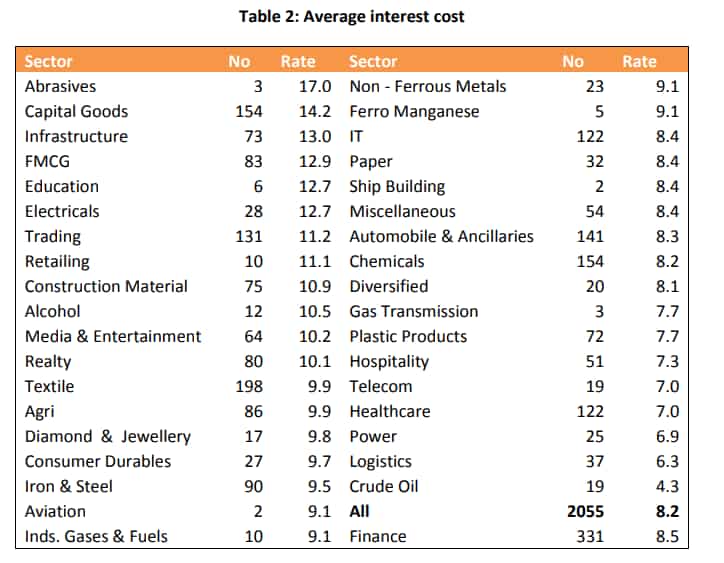 27 of the industry groups had an average interest cost of above 8.2%.

Care said, “Companies have been replacing more expensive loans with cheaper ones and have hence on an average kept the rate down.”

Such has led to increase in aggregate debt of the companies excluding finance to Rs 18.65 lakh crore in FY17 from Rs 17.73 lakh crore a year ago same fiscal. 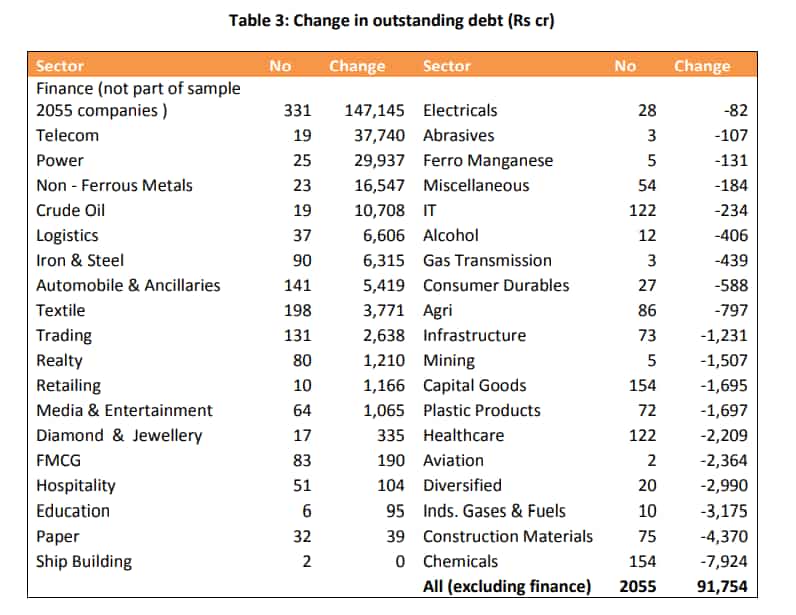 These four sectors alone accounted for around 57% of total debt in the system.

Apart from these four, other sectors that had higher outstanding debt share were 4.5% for textiles, and 4.4% for both non-ferrous metals and infrastructure.

Care said, "Some of these companies have accessed the ECB market to lower their borrowing costs, while others have also borrowed in the corporate debt market where transmission of policy rates has been swift."

The highest amount of reduction in debt came from chemicals, construction material, industrial gases and aviation (not a representative sample as it consists of only 2 companies) besides the diversified group of companies.

“The stress test indicated that under the baseline scenario, the average GNPA ratio of all commercial banks may increase from 9.6% in March 2017 to 10.2% by March 2018,” added the report.

Clyton Fernandes Vice President - Institutional Research, Systematix said, "We expect asset quality issues for the sector to have continued, given the persistent weak macro-economic environment, leading to further provisioning for NPAs arising from restructured loans and for fresh slippages. Thus, we expect credit costs to remain high for most banks, though lower yoy."