As much as 80% of this Rs 15,000-crore loss are slated to be absorbed by state-run lenders 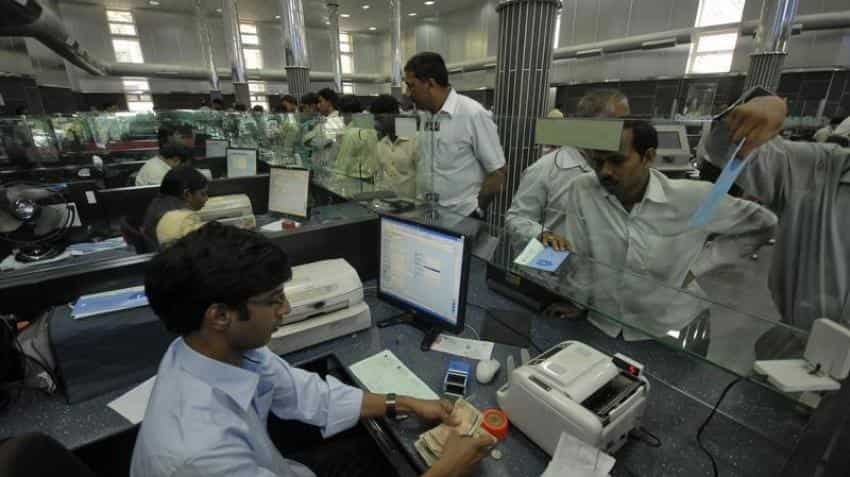 Continuing surge in the benchmark bond yields, which rose as much as 67 bps in Q3, will leave banks with a big hole in their treasury portfolios and result in mark-to-market (MTM) losses of Rs 15,500 crore for the December quarter alone, warns a report.

As much as 80 per cent of this over Rs 15,000-crore dent are slated to be absorbed by state-run lenders, further eroding their core capital, and government may have to rework its recapitalisation math because of it. In the H1 of FY18, state-run banks had a pre-tax loss of Rs 5,624 crore and 80 per cent of the projected loss of Rs 15,000 crore will be borne by them, says an Icra report.

Banks had booked a whopping Rs 1 trillion profit between the six quarters ending Q2 of FY18 following a steady decline in bond yields after RBI cut interest rates. Concerns over higher fiscal deficit for FY18, wherein government has used 112 per cent of fiscal deficit target by November itself, has had the bond yields on fire for quite some time. This had the average Q3 yields at 7.33 per cent and peaked at 7.4 per cent in the last week of December.

"The 67 bps surge in yields on the 10-year government security in Q3 on the back of higher-than-budgeted fiscal deficit, is likely to result in MTM losses to banks on their investment portfolios in Q3 to the tune of Rs 15,000 crore for the system," Icra said in note.
According to the agency, this is because banks have much lower cushion to absorb interest rate shocks, following the recent surge in bond yields on the available for sale portion of their G-Secs portfolio, the reprot said.
As of Q2, public sector banks had a larger share of the AFS book with longer duration compared to their private sector peers,accordingly,they are likely to account for 80 per cent of overall MTM losses of Rs 15,000 crore, he said.
This comes on back of the state-run banks making pre- tax losses of Rs 5,624 crore in H1, and this projected MTM losses will further erode their capital ratios. In contrast, private sector players are relatively better placed to absorb the MTM losses with pre-tax profit of Rs 30,994 crore during the same period.

It also said with this unexpected surge in yields and resultant losses, government may have to increase the capital it intends to frontload into the banks through recap bonds.
It can be noted that the steady decline in bond yields had resulted in windfall profits for banks, especially in the six quarters between Q4 of FY16 and Q2 of FY18, when banks booked a whopping Rs 1 trillion from treasury gain, much higher than their total pre-profit of Rs 51,105 crore. While a part of treasury gains were also due to sale of non-core assets by banks given the profitability pressures, however the same is estimated to be under Rs 20,000 crore in overall treasury gains, which means that a large share of the gains is coming from their bond portfolios.

Of this Rs 1-trillion treasury gains, state-run banks had booked 74 per cent of or Rs 74,300 crore, thanks to their excess G-sec holdings. But, despite these sizeable gains, they reported pre-tax losses of Rs 48,020 crore during the period.
As banks gradually booked profits on their investment portfolios, yields on their investments declined to 7 per cent in Q2 from 7.9 per cent in Q4 of FY16, reducing the cushion to absorb MTM losses against adverse interest rate movements.
Decline in 10-year G-sec yields during Q4 of TY16 and Q2 of FY18 was supported by improved fiscal conditions and yields bottomed out at 6.2 per cent in Q3 of FY17 due to the surplus liquidity from note-ban.

Bond yields were but continued to remain below 7 per cent in H1. But, with the rise in crude prices and concerns on fiscal slippages, yields started to harden from September and continued throughout the December quarter and touched 7.4 per cent in the last week of December.