Banks are now creating higher provisions for their agri loans

Five states have announced farm loan waiver since the start of 2017. RBI along with banks have been very cautious on agriculture sector as credit risk gets hampered in the process. 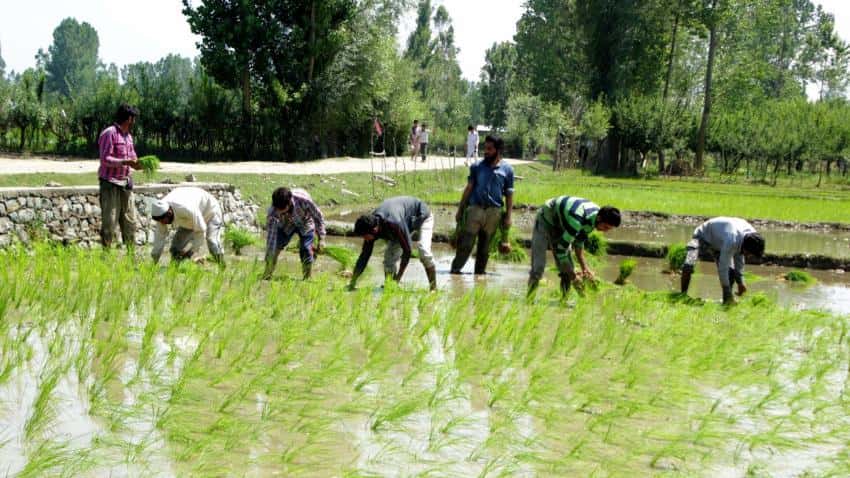 States like Uttar Pradesh (UP), Karnataka, Maharashtra, Punjab and Tamil Nadu have announced loan waivers for farmers. UP and Maharashtra alone contribute 17% of the total agricultural loans to farmers, according to Dolat Capital.

The RBI governor made it clear that the first impact of any loan waiver is on the balance sheet of lending institutions, be they formal or informal.

HDFC Bank and State Bank of India has already faced pressure of higher provision for this sector in first quarter of FY18 (Q1FY18) – which in return tempered their earnings in some ways.

HDFC Bank said, “Recoveries from agricultural advances were impacted during the quarter by borrower expectations of farm loan waivers arising out of policy announcement in certain states.”

It added, “These loan waiver policies are in the process of being finalised and implemented. As a prudent measure, the bank has enhanced specific coverage for its non-performing agricultural advances.”

SBI's chairperson Arundhati Bhattacharya said, “We feel that in case of a (farm) loan waiver there is always a fall in credit discipline because the people who get the waiver have expectations of future waivers as well. As such future loans given often remain unpaid.”

SBI in its investors presentation for Q1FY18, indicated that NPA in agriculture sector stands at Rs 17,988 crore among the total NPAs– with ratio of 9.51% after the merger with six associate banks with effect from April 01, 2017.

While private banks like ICICI, HDFC Bank and Axis Bank's exposure to agriculture loan stands at Rs 53,900 crore and farm loan at Rs 13,800 crore by FY17.

According RBI, PSU and private banks both are required to lend 18% of annual net bank credit (ANBC) or credit equivalent amounts of off-balance sheet exposures, whichever is higher, to agriculture.

8% of this is prescribed for small and marginal farmers. Share of outstanding advances to agriculture and allied activities in total priority sector advances has increased from 32.5% in 2000-01 to 43.2% in 2016-17. 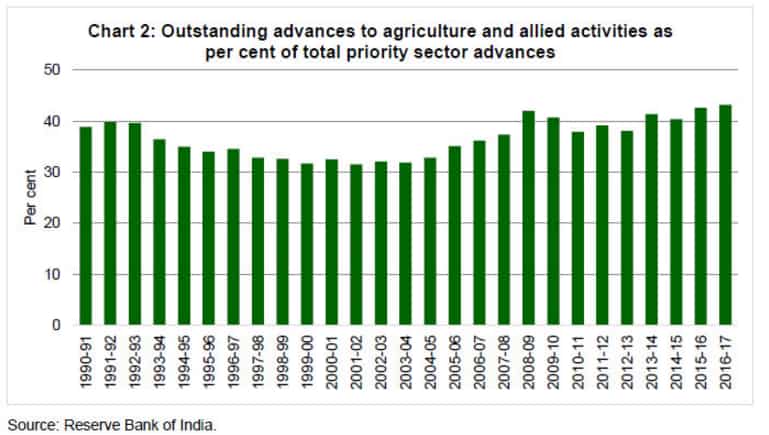 Outstanding bank advances to this sector have risen from about 13% of GDP originating in agriculture and allied activities in 2000-01 to around 53% in 2016-17. 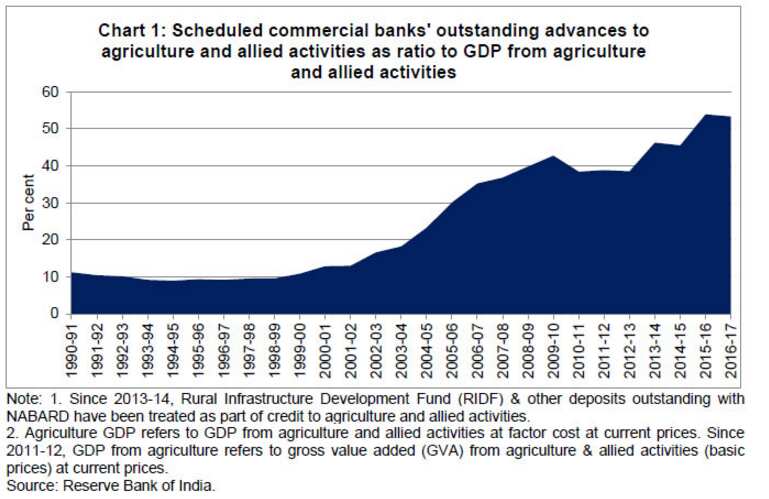 At present, five sectors like steel, power, telecom, infrastructure and textile - account for 60% of the total stressed assets on the books of banks in India. These five sectors have posed major risk even for coming years ahead as their interest coverage ratio is below 1.

Analysts at India Ratings believe FY18 to be a better year for corporate profitability compared that with FY16 and recent FY17. However, sectors like infrastructure, telecom and iron & steel are unlikely to see major improvements.

In regards to agriculture, RBI said, "This is inherent in the inevitable lags, in the timing of impact and the arrival of compensation from the government. In this interregnum, the quality of assets deteriorates and bridge provisions crowd out new loans."

Patel added, “In this context, farm loan waivers have brought forward the urgency of designing lasting solutions to the structural malaise that affects Indian agriculture.”

First major nationwide farm loan waiver was undertaken in 1990 and the cost to the national exchequer was around Rs 10,000 crores, which worked out to Rs 50,557 crores at current prices using the GDP deflator.

Second major waiver was under the agricultural debt waiver and debt relief scheme (ADWD) of 2008 amounting to Rs 52,000 crores (0.9 per cent of GDP) or Rs 81,264 crores at current prices using the GDP deflator.