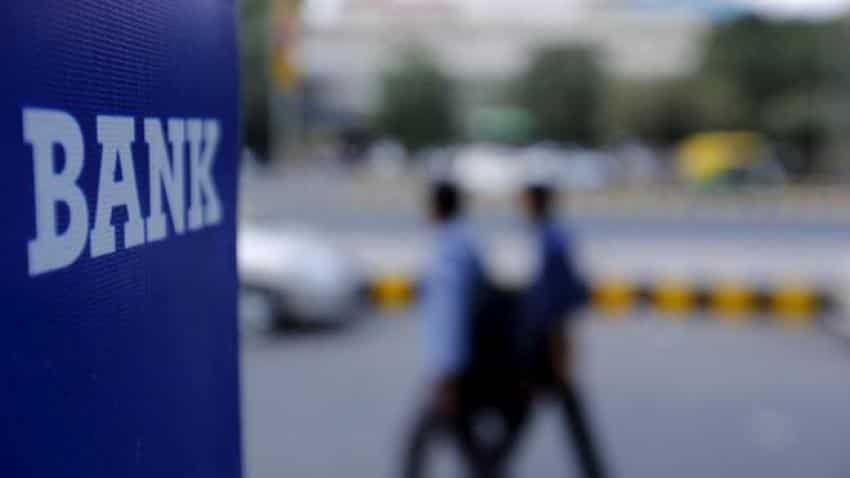 Around 60,000 bank employees and officers in Maharashtra dealing with Rs 40 lakh crore of business are on strike. Image source: Reuters
Written By: PTI
RELATED NEWS

In talk with Anil Singhvi, Sanjiv Bhasin reveals 2 stocks to buy today - NMDC, IGL; Know what works for these picks

Crippling banking operations, nearly 60,000 sectoral employees in Maharashtra struck work from today, as part of the two-day nationwide strike, to protest against the "meagre" 2 per cent wage hike offered by the Indian Banks' Association (IBA), representing management. The state-run bank branches in the financial capital of Mumbai were either shut or witnessed thin activity.

The employees took out a march from the P M Road in Fort area of south Mumbai, very close to the central bank headquarters which also has a high concentration of bank branches, to the Azad Maidan, the city's officially designated protest spot. Employees of all the 21 state-run commercial banks, regional rural banks, 13 old generation private banks and six foreign banks are participating in the protest, unions claimed. Some employees of the private and foreign banks are union members.

Both workers and officers, up to the branch managers level, are participating in the strike.

Nearly 10 lakh employees are participating in the nation-wide strike as part of "our democratic right by forgoing our salary", All India Bank Employees Association (AIBEA), general secretary C H Venkatachalam had said earlier in the day.

There are about 85,000 branches of 21 public sector banks across the country having business share of about 70 per cent.

Managements in the banking sector, which is saddled by performing assets ((NPAs) or bad loans, have witnessed an erosion of profitability due to asset quality woes, frauds and tightening regulations.

They had offered employees a 2 per cent wage hike which they are protesting.

"Bank employees are on strike to demand an adequate wage revision to all employees and officers," United Forum of Bank Unions convener (Maharashtra) Devidas Tuljapurkar said.

Around 60,000 bank employees and officers in Maharashtra dealing with Rs 40 lakh crore of business are on strike, he claimed, adding that nearly 12,000 bank branches in the state are shut.

"Bank employees have implemented government's flagship programmes, such as Jan Dhan Yojna, demonetisation, Mudra scheme, Atal Pension Yojana, in the last few years. Our workload has increased substantially and we need an appropriate compensation for it," Tuljapurkar said.

Complaining against the "meagre" salary hike offered for revisions which are due from November 2017, he said that in the last five years the banks' business has more than doubled while the business per employee has risen to over Rs 27 crore from the earlier Rs 18 crore.

At the same time, inflation is pinching the employees and hence, an adequate wage hike is justifiable, he said.

Apologising for the inconvenience caused to customers, he sought to shift the blame on big corporate borrowers, whose non-payment has resulted in difficulties being faced by the sector.

Earlier, several rounds of talks between banks and the unions of their employees did not make any headway following which the bank unions decided to go on strike.

In the wage negotiation meeting held on May 5, IBA made a proposition to offer 2 per cent hike in the wage bill cost as on March 31, 2017.

It also maintained that the negotiations on officers demands would be restricted up to scale III officers only.

The United Forum of Banking Unions (UFBU), an umbrella body of nine bank unions, has gone on strike against the proposed wage hike of 2 per cent as against 15 per cent given last time, Venkatachalam said.

In talk with Anil Singhvi, Sanjiv Bhasin reveals 2 stocks to buy today - NMDC, IGL; Know what works for these picks