Bank unions held a protest march with a list of demand which was related to government's consolidation and Insolvency & Bankruptcy move. 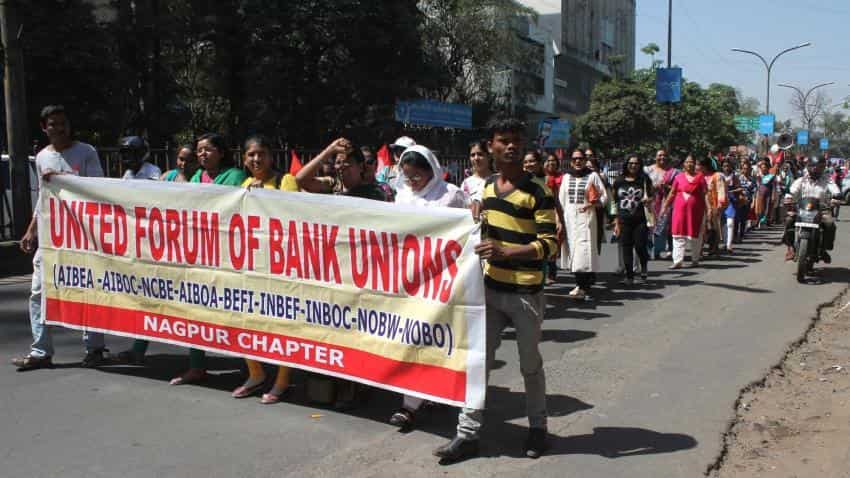 Bank employees participate in a rally organised during nationwide strike called by the UFBU against the government on Feb 28, 2017. Photo: IANS
Written By: ZeeBiz WebTeam

Morcha began from Ram Leela Grounds around 10-00 AM and had culminated in the Public Rally around 12-00 noon in Parliament opposite State Bank of India/Police Station.

Here's a list of demands the Union have asked from the government.

They also intent to submit a memorandum to Prime Minister Narendra Modi later on Friday (September 15, 2017) to draw his attention to these vital issues and seeking his intervention to ensure remedial measures to save our Banks from the crisis and ensure that Banks help our country and our economic development.

Since past two fiscal there has been various measures introduced by the Reserve Bank of India and the Indian government to tackle their stressed assets issue among which is consolidation and Insolvency & Bankruptcy code move too.