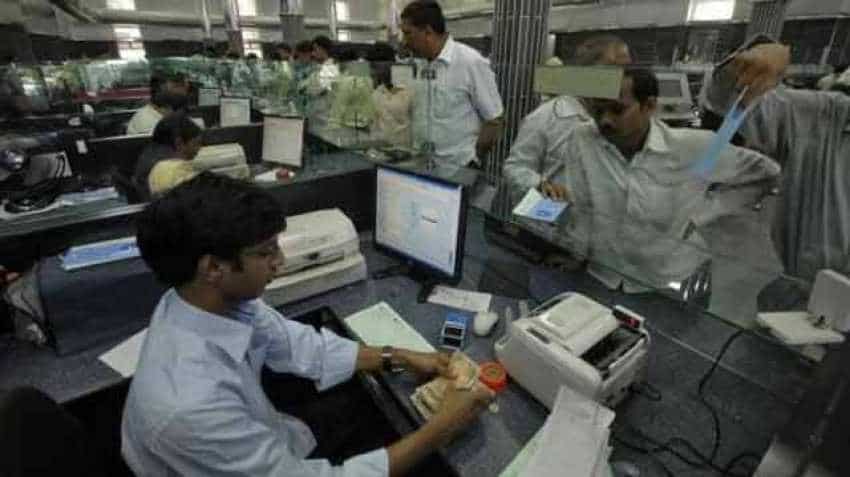 Bank strike threat: Close to 37 banks, including public, private and foreign banks, have mandated the IBA to decide on wage hikes for their employees. Image source: Reuters
Written By: PTI
RELATED NEWS

Govt asks PSBs to finalise next wage revision before November 1

Bank strike threat: Apex banking lobby Indian Banks Association (IBA) today offered to increase the wages of over three dozen bank employees by six per cent, compared with the two per cent hike offered earlier, bank unions said today. However, unions, under the banner of United Forum of Bank Unions (UFBU), rejected the offer again, but said they are open for further negotiations. "IBA improved the offer from two per cent to six per cent. UFBU has rejected the offer but have agreed to continue to negotiate," UFBU convener for Maharashtra, Devidas Tuljapurkar, said after the 13th round of wage negotiations with IBA today.

He said bank unions are demanding a 25 per cent hike and the IBA has agreed to have fresh discussions on the issue by the end of August. Close to 37 banks, including public, private and foreign banks, have mandated the IBA to decide on wage hikes for their employees. The current wage revision is due from November 2017, after the 10th Bipartite Settlement ended in October 2017.

In the 10th Bipartite wage settlement, which was signed in May 2015, for the period between November 2012 and October 2017, the IBA had offered a 15 per cent hike. In the May 5 round of negotiations, the IBA had offered a meagre 2 per cent wage hike. Banks unions did not accept the offer and went on a two-day strike starting May 30.
Banks' management had justified the nominal hike citing huge losses incurred by in the past few quarters.

However, bank unions said the fall in profit are on account of higher provisioning towards non-performing assets and the employees are not responsible for that. They also said that employees have been tirelessly working towards implementing various government schemes such as Jan Dhan, demonetisation, Mudra and Atal Pension Yojana, among others.

Govt asks PSBs to finalise next wage revision before November 1