Bank strike: Banking operations to be affected for 2 days as bank unions protest against proposed privatisation of two state-owned lenders

Banking operations across the country will be affected on today and tomorrow as bank unions go on strike for two days against the proposed privatisation of two state-owned lenders. 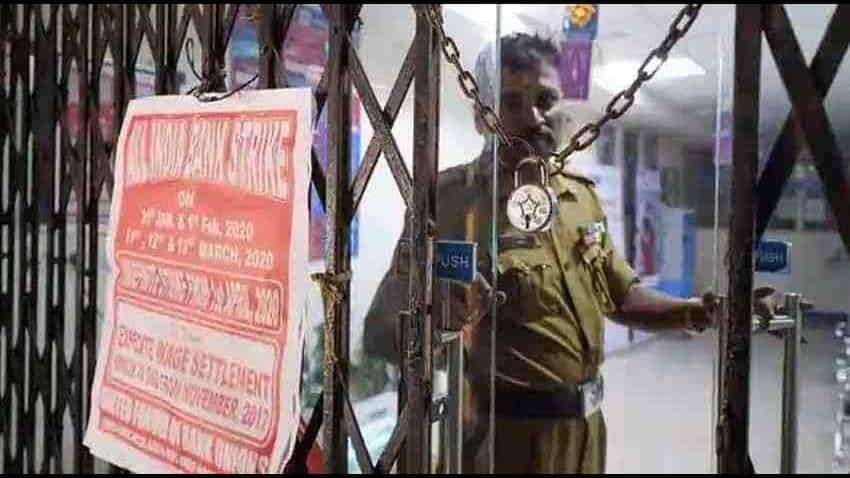 Banking operations across the country will be affected today (Monday) and tomorrow (Tomorrow) as bank unions go on strike for two days against the proposed privatisation of two state-owned lenders.

With the conciliation meeting between bank unions and the Central government failing, about 10 lakh bank employees will strike work for two continuous days - March 15 and 16 - protesting against the government decision to privatise public sector banks, the All India Bank Employees` Association (AIBEA) had said earlier on Thursday.

Banking services including deposits and withdrawal at bank’s branches, cheque clearance and loan approvals are going to be affected by the strike. However, ATMs are likely to remain functional. Over 10 lakh bank employees and officers of the banks will participate in the strike.

According to AIBEA General Secretary C. H.Venkatachalam, the conciliation meeting held between the bank unions and the Union Finance Ministry on March 4, 9 and 10 failed.

As the Finance Ministry representative could not give any such commitment, the conciliation meeting did not yield any positive result, they said.

Nationwide strike by Union Forum of Bank Unions (UFBU), comprising nine bank unions, on March 15 and March 16 comes as a mark of protest against the proposed privatisation of two major state-owned lenders by the central government as well as its decision to allow all private-sector lenders in the government-related business.

Meanwhile, public sector lender Canara Bank had said that banking services across the country may get affected due to the proposed strike.

“We have been informed by the Indian Banks’ Association (IBA) that the United Forum of Bank Unions (UFBU) has given a call for strike in the banking industry on March 15 and March 16, for issues relating to industry level and not for any bank-level issues,” india.com reported Canara Bank making this statement in a regulatory filing.

Banking services such as applying for loans, issue of demand drafts, opening a savings account are expected to be affected. The State Bank of India (SBI) has reportedly alerted its customers about the strikes affecting regular banking hours and services.

Private banks like Axis Bank, HDFC Bank, ICICI Bank, etc will not participate in this strike and thus their working hours will not be hit. ATMs will be functional across India.