Bandhan Bank Share Price: The private lender on Wednesday in its second-quarter fiscal year 2020-21 (Q2FY21) said its advances increased by 20 per cent to Rs 76,724 crore on a year-on-year (YoY) basis. 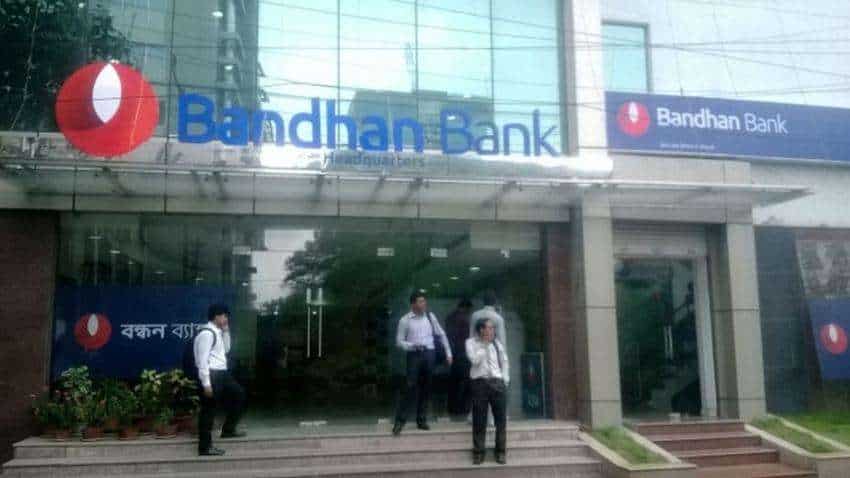 Bandhan Bank Share Price: The private lender on Wednesday in its second-quarter fiscal year 2020-21 (Q2FY21) said its advances increased by 20 per cent to Rs 76,724 crore on a year-on-year (YoY) basis. Deposits grew by 34 per cent to Rs 66,513 crore. The liquidity coverage ratio stands at 157 per cent and collection efficiency stands at 92 per cent. On the basis of these strong numbers, stock market experts are betting high on this private bank shares and expecting it to hit Rs 390 per stock levels.

Speaking on the strong fundamentals being reflected in the Bandhan Bank Q23FY2021 results Jaikishan Parmar, Sr. Equity Research Analyst at Angel Broking said, “Bandhan Bank reported provisional numbers for Q2FY21. Advance grew 20% YoY & 3.2 per cent QoQ. Deposit grew at a healthy rate 34 per cent YoY & 9 per cent QoQ. CASA deposits grew 56 per cent YoY. CASA ratio increased by 530bps to 38.2 per cent. During the quarter the Bank reduced the minimum interest rate on saving bank deposits from 4 per cent per annum to 3 per cent per annum. The September collection efficiency was at 92 per cent and 89 per cent was for microfinance. For the Mortgage and other segment collection efficiency was at 98 per cent. Currently, it trades at 3.21 multiple of trailing book value.”

On what should be the suggestion to stock market investors in regard to Bandhan Bank shares, Anand Dama, Research Analyst at Emkay Global said, "We believe that MFI as a space will be the early beneficiary of the easing in lockdowns, reflecting in their better collection efficiencies and should potentially lead to better growth trajectory in seasonally strong second half of the financial year. We also believe that Bandhan Bank will be a key beneficiary with 1) a strong liability profile; 2) a high share of MFI book with gradual diversification toward a secured portfolio as a de-risking strategy; 3) strong provisioning and capital buffer; and 4) deepening management strength as a transition toward a true universal bank. Despite the recent run-up, risk-reward remains favorable with the Bandhan Bank stock still trading at reasonable valuations of 2.2 multiple. Hence, we retain Buy on the stock for the target of Rs 390."