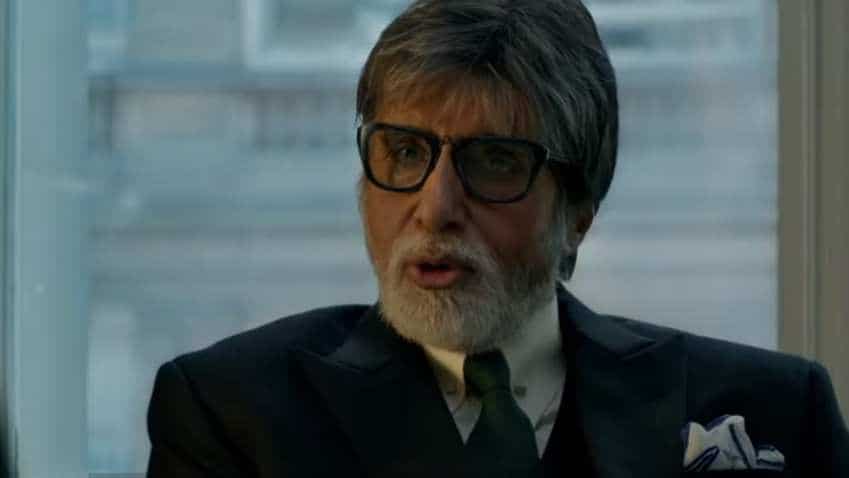 Badla box office collection day 3: After it received a moderate response from the audience on the opening day, the collection of the Sujoy Ghosh directorial has surged the following days. Image source: Screen grab from trailer
Written By: ZeeBiz WebTeam
RELATED NEWS

Badla box office collection day 3: The Amitabh Bachchan and Taapsee Pannu starrer film is witnessing a substantial growth in collections at the box office. After it received a moderate response from the audience on the opening day, the collection of the Sujoy Ghosh directorial has surged the following days. The suspense thriller revolves around a young married entrepreneur, played by Taapsee.  Big B played the role of a lawyer to solve the mysterious case of the entrepreneur.

With the collection of Rs 23.20 cr so far, the Big B film has surpassed the opening weekend business of Pink and 102NotOut. Pink, which was released in 2016, had earned Rs 21.51 cr and 102NotOut, released in 2018, collected Rs 16.65 cr. It has received rave reviews and applause from the audience. As the word of mouth spread, the earnings of the film went up. On the first day, it collected Rs 5.04 cr in India business. However, the earnings surged on the second and third days. The movie collected Rs 8.55 cr and Rs 9.61 cr, respectively, on Saturday and Sunday.

It is an edge-of-the-seat thriller with incredible suspense, Adarsh said. It is well-knit screenplay keeps you hooked. Sujoy Ghosh has crafted the whodunnit with expertise. Amitabh Bachchan, Taapsee and Amrita Singh, all brilliant, he tweeted.

However, the trend this week will tell how this film is going to do at the box office. The film is an official remake of Spanish murder mystery film  Invisible Guest, which is a whodunit. Rarely Bollywood does such success in this genre.