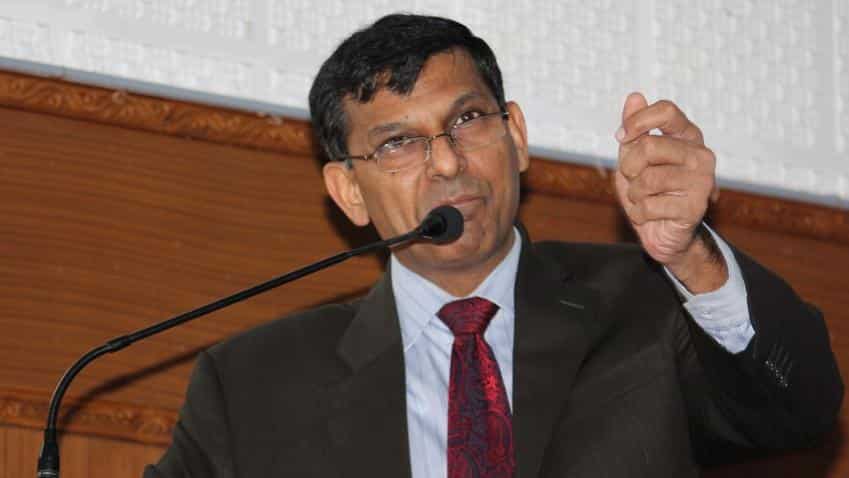 Rajan said he will return to academia when his current term ends on September 4, he said in a letter to central bank staff. Photo: IANS
Written By: Hitisha Jain
RELATED NEWS

No rate cuts at June review was not Rajan's decision, here's why

Raghuram Rajan, Governor of Reserve Bank of India, on June 18 said no to second term for his post, in a "surprise" announcement putting all speculation over his continuance at rest.

Rajan said he will return to academia when his current term ends on September 4, he said in a letter to central bank staff.

Rajan made his announcement over the weekend. As expected, the Indian equity markets were set to open in red on the Monday, June 20. That day, the 30-share benchmark Sensex slumped 139.34 points during the early morning session. While, Nifty of National Stock Exchange plunged 57 points.

Many reports said that the country could not afford exit of Rajan. Infact, Former Finance Secretary Arvind Mayaram had posted on Twitter, "Raghuram Rajan's decision not to seek second term would be very costly for the economy. Not a good omen."

But, does Rajan's exit had any impact on equity markets as expected?

Where the researchers were saying that "Rexit" will have a major impact on equity market, an interesting report by Centrum titled "India-Changes post Rexit" has come out. 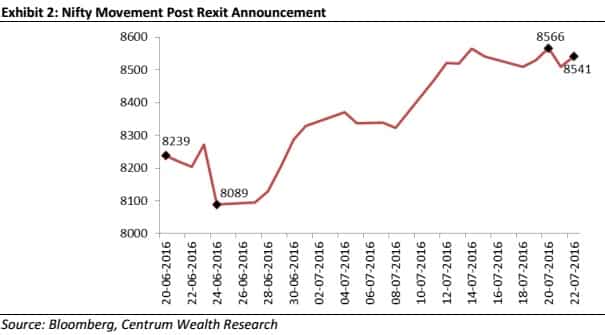 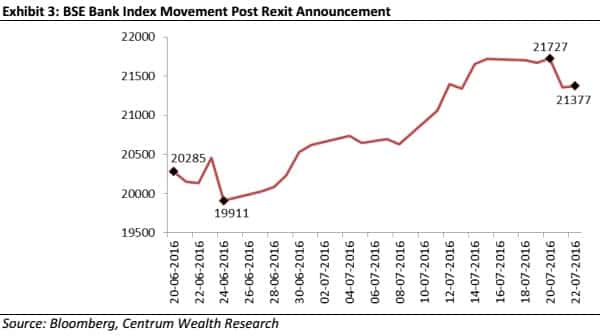 "Rajan was lauded for his efforts to reduce the extreme volatility in rupee. But, the forex market showed a very mature reaction to the exit. So, rupee which was at 67.32/$ on June 20, 2016 is currently at ~67/$", the report said. 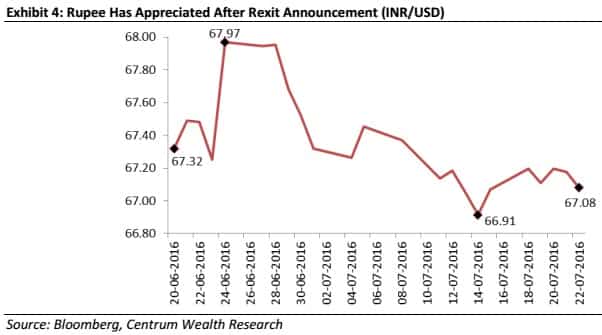 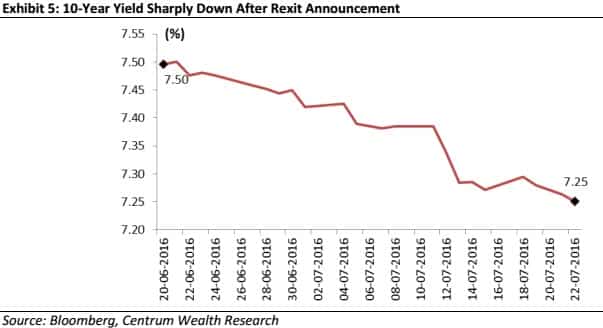 "Raghuram Rajan was extremely popular in the FII community. There were talks of big FII outflows if he were to exit. But, numbers suggest otherwise". The number shows that post Rexit announcement, Rs 7863 crore was invested by FIIs in the equity market and Rs 1966 crore has been infused in debt market since then. 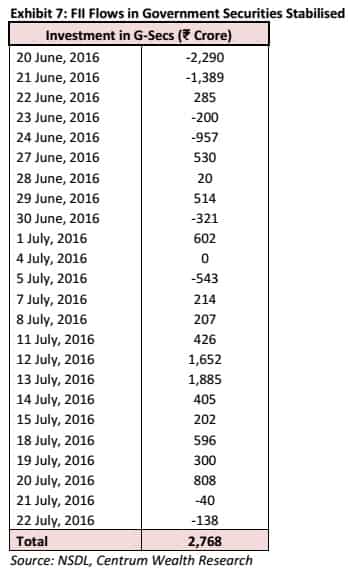 Lastly, the report mentioned that though one-month is too short period to jump to conclusion, but at the same time it will be "amateurish" to assume that any single factor can significantly affect country's fortunes.

No rate cuts at June review was not Rajan's decision, here's why