Bowing to pressure from the Indian Medical Association (IMA),  the the only  representative voluntary organisation of the country`s private doctors, the government on Friday agreed to a higher package for hospitals treating poor beneficiaries of Ayushman Bharat, or  Modicare , under certain conditions. 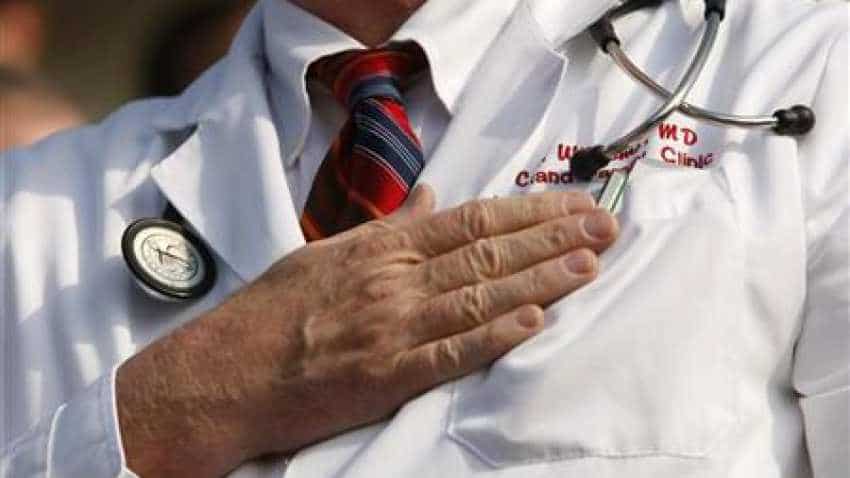 Bowing to pressure from the Indian Medical Association (IMA), the the only representative voluntary organisation of the country`s private doctors, the government on Friday agreed to a higher package for hospitals treating poor beneficiaries of Ayushman Bharat, or Modicare, under certain conditions.

As per the new format, the implementing body of Ayushman Bharat -- the National Health Protection Mission (AB-NHPM) -- the empanelled hospitals may get up to 45 per cent more than the prescribed rates for treating various diseases under certain conditions.

However, the NHA in its release said that "the differences on the package rates continue". The IMA has been demanding much higher package rates.

It is not mandatory for private hospitals to get National Accreditation Board of Health (NABH) pre-entry level accreditation or National Quality Assurance Standards (NQAS) for achieving quality milestones for getting empanelled. "The hospital with NABH/ NQAS accreditation can be incentivised for higher package rates subject to procedure and costing guidelines," the NHA said in its statement.

Further, hospitals providing services in the 118 aspirational districts will receive an additional 10 per cent on the package rates and hospitals that teach Post Graduate and DNB courses will be incentivized with 10 per cent higher package rates, the statement said.

On top of this, the NHA has allowed the states to give additional 10 per cent money to the hospitals and also beyond that if the states want to retain their existing package rates. "In addition, states have the flexibility to increase rates up to 10 per cent or reduce them as much as needed to suit local market conditions," NHA said.

The top-ups on package rates were agreed at a meeting between NHA and IMA on Friday. The three-hour meeting was attended by Ayushman Bharat CEO Indu Bhushan, Arora, IMA President Ravi Wankhedekar, IMA Secretary General RN Tandon and other IMA members.

"It was agreed that package rates are an evolving process and Department of Health Research under the aegis of NlTl Aayog will form a consultative group to fix costing methodologies and undertake studies of the most utilized packages which will be used as a basis of revision of package rates," the NHA said.