Investors can continue to buy this stock at lower levels - ICICI Securities has said Axis Bank is a 'gladiator' stock. 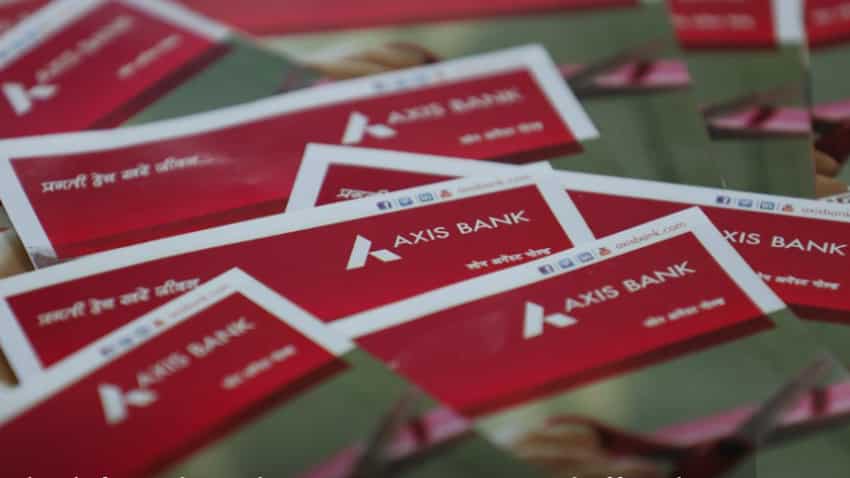 There was barely any movement in Axis Bank shares on Tuesday's session. Photo: Reuters

There was barely any movement in Axis Bank shares on Tuesday's session. At around 1455 hours, the bank was trading at Rs 776.10 per piece down by 0.85%. However, the bank has touched an intraday high and low of Rs 791 per piece and Rs 774.50 per piece respectively. Investors can continue to buy this stock at lower levels - ICICI Securities has said Axis Bank is a 'gladiator' stock.

As per ICICI Securities, the stock is in secular uptrend forming higher peak and higher trough in all time frame. It has registered a resolute breakout above the four year consolidation during January 2019 and has been consolidating above the same in the last four months highlighting robust price structure.

During the previous week, the stock rebounded from near the neckline of the breakout area and has retraced 80% of the previous six weeks decline (Rs 787-716) in just three sessions signalling strength and resumption of the primary up trend thus offering fresh entry opportunity. 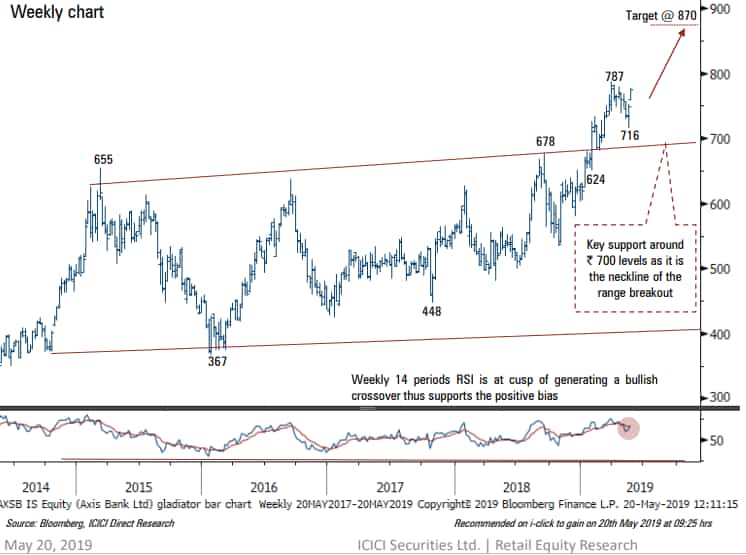 Experts here said, "We expect the stock continue with its current up move and head towards Rs 870 levels as it is the price parity of the previous major up
move from Rs 624 to 787 as projected from the recent trough of Rs  716."

They also added, "Among the oscillators the weekly 14 periods RSI is at the cusp of generating a bullish crossover above its nine periods average thus supports the positive bias."

Axis Bank: What should investors do with this counter post robust q4 earnings? Here is what brokerages suggest

SBI hikes MCLR by 10 bp, BoB, Axis, Kotak by 5; how will it affect deposit rates?