People come and go, but institutions last longer if built right, is how Shikha Sharma, the outgoing managing director  and  chief executive of Axis Bank, described her forthcoming departure from the institution that she helped grow. 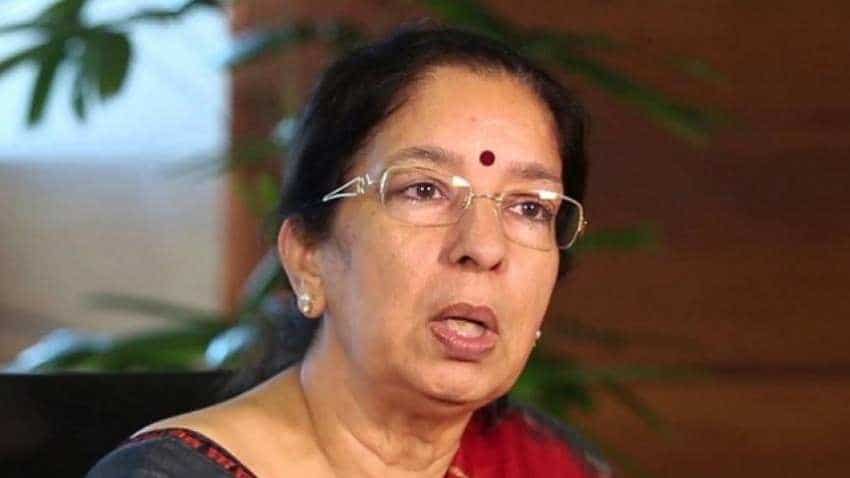 People come and go, but institutions last longer if built right, is how Shikha Sharma, the outgoing managing director and chief executive of Axis Bank, described her forthcoming departure from the institution that she helped grow.

Flanked by her deputy V Srinivasan, who will also be stepping down next month, Sharma, addressing the press at her last earnings presser, hoped the capabilities built by her and the rest of the leadership team, will endure for the betterment of the institution in the future.

"People come and go, but I think institutions last much longer if they are built right. And hopefully we will see evidence of that going forward," said Sharma, who gracefully accepted the Reserve Bank decision to curtail her new term three-year term, unlike her counterpart at the smaller rival Yes Bank, Rana Kapoor, who made a fervent request to the regulator to reconsider its decision.

Sharma, whose term was curtailed by the Reserve Bank this June for as yet unspecified reasons like that of Kapoor, claimed that "an enormous amount of capability" has been built within the bank both from a people- and a processes- perspective which will hold the bank in good stead going forward.

She specifically pointed out to the bank's capabilities both on the liabilities side in getting deposits as well as on the asset side including consumer, small businesses and even corporate lending.

Admitting that there were "hiccups" on the corporate book side, Sharma asserted that the third largest private sector lender's showing in this segment has been better than the peers which also focused on corporate lending.

Srinivasan described his nine years at the bank as a "tremendous journey" which started with the growth phase and was followed by the hiccups of recognising and resolving the bad assets mess.

He further said the bank is best positioned to take advantage of all the growth opportunities that lie ahead.

Meanwhile, the bank Friday announced that Sharma's successor Amitabh Chaudhry will join on November 19 before taking over in January.

"There is a leadership transition happening in the bank and I think from a succession point of view, we should have an orderly transition," Sharma said wishing the best for her successor.