Suspension of Jet Airways flights and massive demand ahead of the Cricket World Cup have sent air fares soaring for flights to London from Delhi and Mumbai. 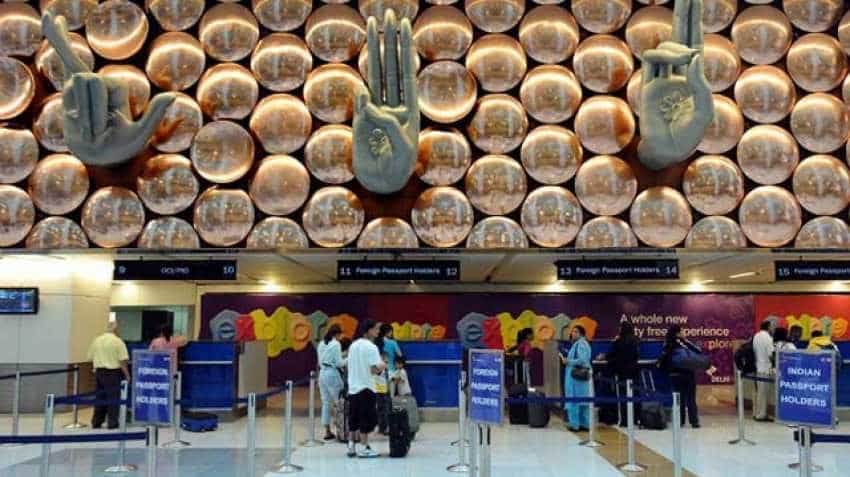 Suspension of Jet Airways flights and massive demand ahead of the Cricket World Cup have sent air fares soaring for flights to London from Delhi and Mumbai. Most direct flights for coming weeks are already booked and the indirect flights offered by foreign carriers such as Singapore Airlines, Thai Airways and Turkish are costing a fortune. Yatra COO (B2C) Sharat Dhall said that long-haul routes to Europe, North America and the UK had seen a fare hike upto 15-20 per cent.

"The rise of over 36 per cent on the UK route can be attributed to the start of Cricket World Cup from June," he added. A return economy class ticket on the Mumbai-Delhi route, booked 15 days in advance from now, has gone up 25-30 per cent. Some of the flights by Qatar Airways and British Airways are already full.

"The withdrawal of Jet Airways has had a short-term impact on this route as fares had already gone up 25-30 per cent for bookings made for the next 10 to 15 days," said John Nair, Head - Business Travel, Cox & Kings Ltd. "However, for the second week of May, the fares are reasonable," he added. 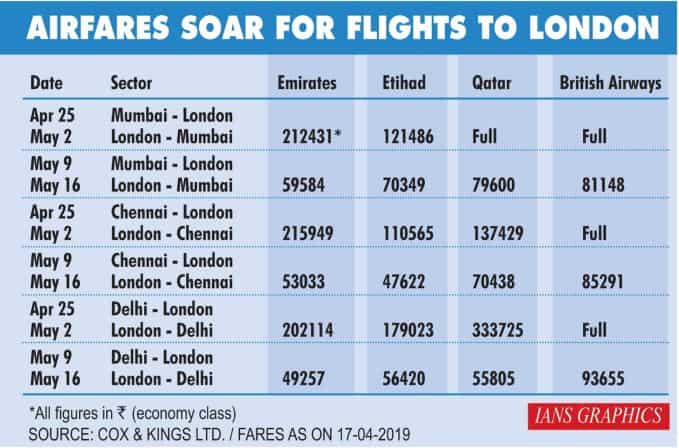 A one-way Delhi-London ticket by Air India, booked through travel aggregator MakeMyTrip, is costing Rs 66,263. A Virgin Atlantic flight on same day could be bought for Rs 77,848. The cheapest one-way ticket on this sector for travel on the same date is being offered by Ethiopian Airlines. The one-stop flight could be booked for Rs 35,126. A seat on Qatar Airways flight via Doha would cost Rs 44,888.

"Direct flights to London are very expensive this summer. While Jet Airways has suspended operations on the route, there has not been any major capacity addition on this sector in the last four years. Unless new flights are added, fare levels would remain high," said Ankur Bhatia, Executive Director of diversified Bird Group.