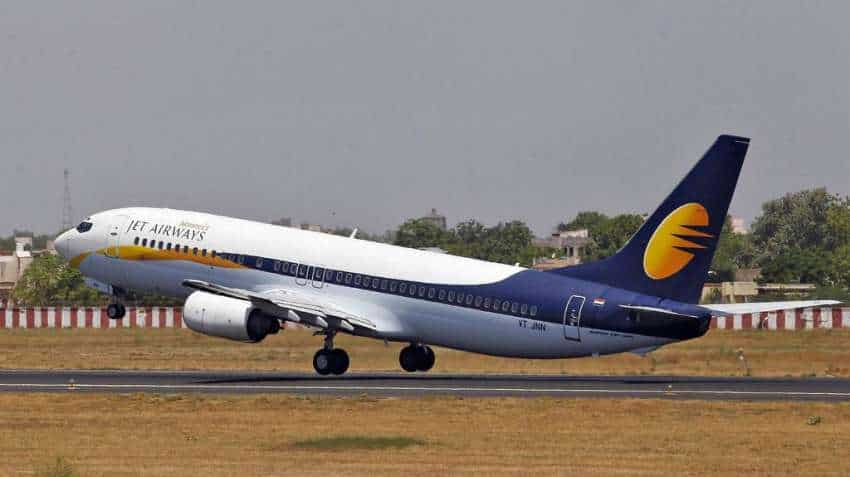 Shares of Jet Airways, SpiceJet and InterGlobe Aviation tanked up to 4 per cent on Wednesday after global oil prices were back on the upward trajectory amid supply disruptions. Jet Airways plunged as much as 4.5 per cent to hit its 52-week low of Rs 359, while SpiceJet tanked to Rs 110.30, down 2.86 per cent. InterGlobe Aviation, which runs the low-cost airline IndiGo slipped 2 per cent to Rs 1143 on the BSE.

Rising oil prices hit the margins of airline companies as Air turbine fuel (ATF) constitutes about 40 per cent of an airline's operating cost.

Oil prices rose on Wednesday following supply disruptions in Libya and Canada and after US officials told oil importers to stop buying Iranian crude from November.

The United States demanded all countries stop imports of Iranian oil from November, a State Department official said on Tuesday. Oil markets did not react more strongly to Washington’s pressure as the move was expected.

In addition, top exporter Saudi Arabia plans to raise output to make up for lost supplies.

"In the absence of a clear road-map to raise production and impending decline in supply from Venezuela and Iran, the signals for the crude markets are at best mixed as we see it. Not to forget that spare capacity of rest of OPEC (other than Iran) would come under pressure in order to meet the oil demand expected to grow at ~1.4mbpd in CY18," said Antique Broking.

"The joker in the pack however is the Non-OPEC production. The compliance level in Non-OPEC partners to OPEC was already low (~68% YTD), now a weaker compliance from OPEC could be a ground for further non-compliance from Non-OPEC," Antique note added.