Aviation: Soon, see India's first biofuel plane flying at an airport near you

The aircraft may take off from Dehradun on Monday and fly over the city for around 10 minutes. 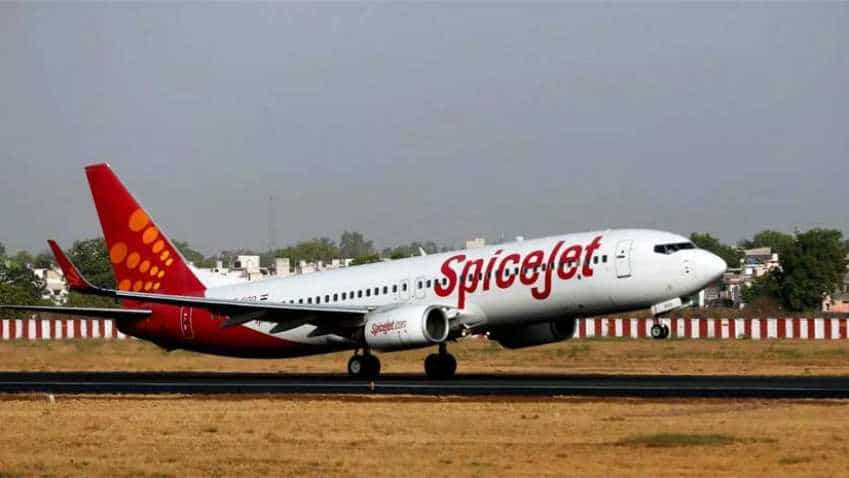 For India, in the future, biofuels would be the cost-effective, pollution-free import substitute to polluting fossil fuels. Reuters
Written By: ZeeBiz WebTeam
RELATED NEWS

India is all set to create history. It may become the first developing nation to test a biofuel-run aircraft. Private carrier Spicejet has planned to fly a Bombardier Q-400 turboprop aircraft on biofuel.

The aircraft may take off from Dehradun on Monday and fly over the city for around 10 minutes. If the test succeeds, SpiceJet will make the plane fly again from Dehradun to Delhi, a Times of India report said. Senior officials will be on board the flight to see the results.

Till now, no developing nation has tested a biofuel-run flight. However, some developed nations like Australia and the US have flown commercial flights on the sustainable fuel. Australian airline Qantas had flown a Dreamliner between Los Angeles and Melbourne in January this year.

Alaska Airlines and KLM had also tested flights using biofuel. Many nations are testing biofuels for flight operations to get independence from Aviation Turbine Fuel (ATF) which is a fossil fuel besides being costly.

The Narendra Modi government also wants to promote the use of biofuel. The government has unveiled India's 'National Policy On Biofuels 2018' in August this year.

For India, in the future, biofuels would be the cost-effective, pollution-free import substitute to polluting fossil fuels.

Earlier, oil minister Dharmendra Pradhan has said before the unveiling of the policy that India's biofuel policy to go beyond biofuels based on sugar.

"The policy will go beyond biofuels based on sugar and see what other kinds of feedstock can be used like cellulosic and lignocellulosic materials. There is a Rs 1 lakh crore opportunity available in this waste-to-wealth economy," Pradhan had said.

The Budget 2018-19 had a provision to incentives "waste-to-wealth" conversion projects, including the Gobar Dhan scheme focused on producing bio-CNG.

"As a measure of incentivising, state-run oil marketing companies (OMCs) have already agreed on long-term offtake of 2G ethanol by assuring suppliers of 15-year offtake contracts," Pradhan had said.

PM Modi had also set a target to triple ethanol production in four years to help save Rs 12,000 crore in oil import bill by mixing the sugarcane extract in petrol as well as boost farm income.