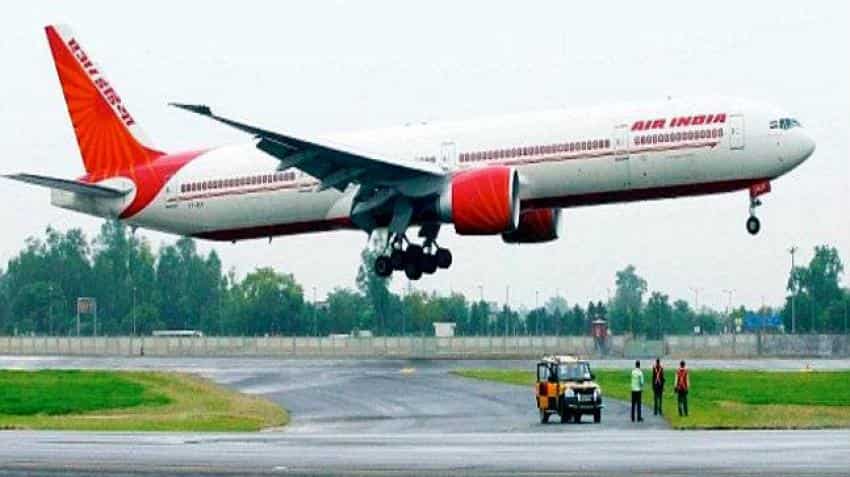 The programme, flagged off by Modi last year, aims to boost economic growth by refurbishing idled colonial-era airstrips or building newer airports, and incentivising airlines to offer discounted fares to connect them with bigger cities.

But work on building new airports in small towns and upgrading existing facilities has failed to keep pace, two government officials said, and could knock off course the government`s lofty goal of bringing 100 million more passengers to the skies in the next five years.

Under Modi`s "regional connectivity scheme", the government planned to open 31 new airports by the end of 2017, but only 16 are operational so far. Some states have said they do not have enough funds to purchase basic equipment such as mandatory fire tenders, one of the officials said.

In other cases it was taking longer than planned to build air traffic control towers or set up terminal buildings equipped with baggage scanners and security systems, said the official.

The government has now stepped in, and will procure much of the equipment itself and lease it to state governments to get the 15 remaining airports operational by end-June.

"It is a trade-off. We either keep adding more flights or calibrate the existing ones with the capacity we have," the official said.

The delays highlight the hurdles Modi - who has campaigned on his ability to successfully implement growth-boosting reforms - faces as he seeks re-election in 2019.

When launching the scheme in early 2017, the government said it wanted to make flying affordable for the common man wearing simple flip-flops by reviving more than 400 unused and under-utilised airstrips in the country`s vast hinterlands.

The civil aviation ministry has given approvals, in two phases, to nearly a dozen airlines, including start-ups like Air Deccan and Air Odisha as well as established carriers like IndiGo, Jet Airways and SpiceJet, to start flights on more than 450 routes covering 56 new airports.

But with even the first phase still behind schedule - flights have begun on just 60 of the 128 planned routes - the government plans to delay the start of phase three, the two officials said.

One of the officials said that the civil aviation ministry had not expected such a large response to the programme, and was now scrambling to get airports ready on time.

"If the pace of development of smaller airports is not accelerated and it does not meet the targets, it will be a major challenge for airlines," said Arindam Som, an analyst at India Ratings, a Fitch Group company.

Som said that some airlines were looking at these regional routes to feed into their wider network and boost growth.

BUSINESS IMPACT
Air Odisha and Air Deccan complain that the problems are not confined to small airports - bigger ones such as Mumbai and Delhi are already choked and have few landing slots available.

Both carriers have acquired aircraft on lease but are yet to begin operations on more than 30 of the 40 regional routes they received approval for, making it difficult to generate enough revenue to staunch losses, officials at the airlines said.

"These airports are dragging their feet," said G.R. Gopinath, founder and chairman of Air Deccan.

Airports generally get more revenue when international or larger domestic flights land, bringing in more passengers who can pay for airport services. But most regional carriers operate small planes, with some having as few as 19 seats, and are also exempt from paying landing and parking charges under the scheme.

While a spokesman for Mumbai airport declined to comment on the cost implications of allotting slots for regional routes, he said it was working to incorporate more flights to meet demand.

A spokesman for Delhi airport, which has given some slots to regional airlines, said the movement of smaller aircraft adversely impacts already congested airspace.

Start-up airline TruJet has begun flights on all regional routes it got approval for under the programme`s first phase by taking a noon time slot from Mumbai - a period with relatively lighter air traffic, its commercial chief, Senthil Raja, said.

SpiceJet, too, has started operating on several routes.

French planemaker ATR, which recently won a 50-aircraft order from IndiGo, said it was not yet feeling any major impact of the infrastructure constraints in India`s aviation sector.

"Today it does not prevent us from selling aircraft ... but it is certainly a challenge the government needs to pay attention to," said Guillaume Huertas, head of sales for South Asia at ATR.