Avian Influenza Virus Latest Update: It has raised a big question meat-lovers minds - are eggs and chicken safe to eat? 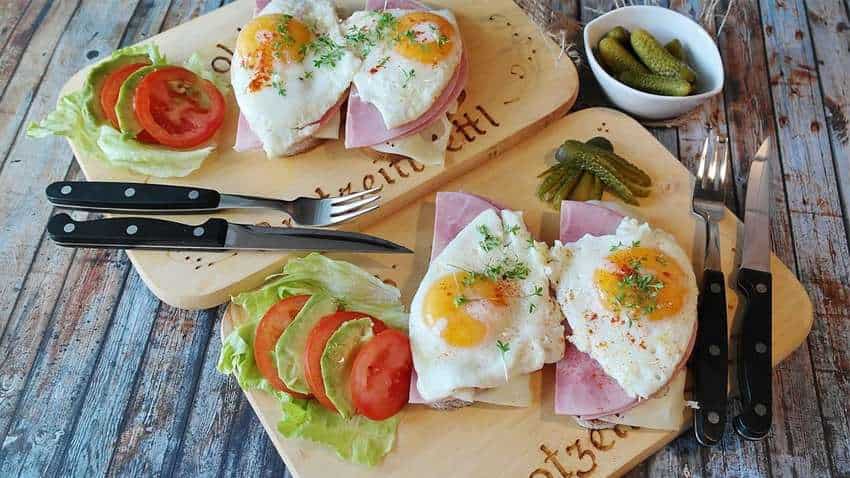 So, are eggs, chicken safe to eat amid bird flu? Here is the answer from World Health Organisation (WHO) Pixabay pic.
Written By: Prashant Singh
Edited By: Harish Dugh
RELATED NEWS

China's chickens need to lay a billion eggs a day. Here's how!

Avian Influenza Virus Latest Update: In an alarming development, several states have already sounded an alert to contain the H5N8 strain of bird flu and sent samples for testing while Kerala began culling of chickens and ducks. It has raised a big question meat-lovers minds - are eggs and chicken safe to eat? Karnataka and Tamil Nadu stepped up surveillance and formed guidelines following the outbreak of the viral infection in neighbouring Kerala, where around 1,700 ducks have died due to the flu. In Haryana, over four lakh poultry birds have died at farms in Panchkula district in the past 10 days. In Madhya Pradesh, officials said that 155 dead crows in Indore have been found with the H5N8 strain since the pathogen was first detected in the city a week back, while in Rajasthan, after Jhalwar, birds in Kota and Baran were found with the infection.

However, no cases have been reported yet in Maharashtra, which shares borders with Madhya Pradesh. Officials in Himachal Pradesh surveyed the area around the Pong Dam Lake sanctuary in Kangra district to check the spread of the flu to domestic poultry birds, a day after samples of dead migratory birds there tested positive for H5N8.

So, are eggs, chicken safe to eat amid bird flu? Here is the answer from World Health Organisation (WHO), a specialized agency of the United Nations (UN) responsible for international public health:-

- Chicken and other poultry are safe to eat if cooked properly, according to a joint statement by the UN Food and Agriculture Organization (FAO) and the World Health Organization (WHO) issued to national food safety authorities.

- However, no birds from flocks with disease should enter the food chain.

- In areas where there is no avian influenza outbreak in poultry, there is no risk that consumers will be exposed to the virus via the handling or consumption of poultry or poultry products.

- Cooking of poultry (e.g. chicken, ducks, geese, turkeys and guinea-fowl) at or above 70°Celsius throughout the product, so that absolutely no meat remains raw and red, is a safe measure to kill the H5N1 virus in areas with outbreaks in poultry, FAO/WHO said.

- This ensures that there is no active virus remaining if the live bird has been infected and has mistakenly entered the food chain.

- No birds from flocks with disease should enter the food chain.

- Do not eat raw poultry parts, including raw blood, or raw eggs in or from areas with outbreaks in poultry.

- Do not use the same chopping board or the same knife.

- Do not handle both raw and cooked foods without washing your hands in between and do not place cooked meat back on the same plate or surface it was on prior to cooking.

- Do not use raw or soft-boiled eggs in food preparations that will not be heat treated or cooked.
Keep clean and wash your hands.

- After handling frozen or thawed raw poultry or eggs, wash your hands thoroughly with soap. Wash and disinfect all surfaces and utensils that have been in contact with the raw meat.

- Cook thoroughly: Thorough cooking of poultry meat will inactivate the virus. Either ensure that the poultry meat reaches 70°C at the centre of the product (“piping” hot) or that the meat is not pink in any part.

- Egg yolks should not be runny or liquid.

China's chickens need to lay a billion eggs a day. Here's how!