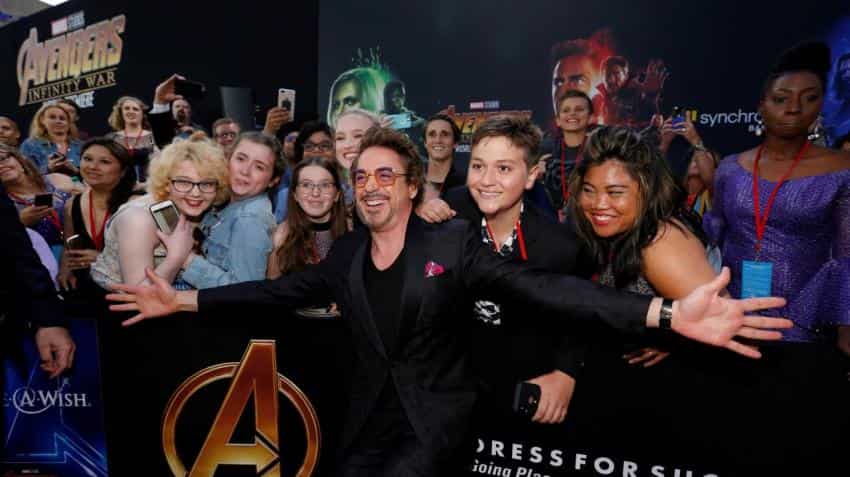 Avengers Infinity War box office collection: Hollywood flick Avenger Infinity War has completed one week at the Box Office and it has earned healthy numbers. The film has also got the distinction of being one of the quickest entries ever for a film in the Rs 150 crore club, standing at Rs 156.64 crore, regardless of the language. For a Hollywood film, this is a first though and that too by a distance. At one point of time, it appeared that this movie will enter Rs 200 crore club, but it missed the chance due to fall in collections on Thursday and Friday. The film, however, is expected to come close to Rs 190 crore for sure before weekdays begin again, said a Bollywood Hungama report.

Avengers Infinity War, which is a threequel to The Avengers, brings together almost all of the shared Marvel for the first time. The Hollywood movie has reportedly amassed more than $857 million worldwide, putting it on pace to reach $1 billion in record time. The blockbuster has surpassed Marvel’s own Thor: Ragnarok ($854 million), Sony’s 2002 Spider-Man ($822 million), and Warner Bros.’ Wonder Woman ($822 million).

Infinity War swiftly landed the highest global debut of all time. There are global projections that the superhero crossover may bring in over $100 million in its second weekend, with numbers reaching as high as $130 million. Industry analysts reportedly are waiting to see if it will topple the massive $681 million earned by predecessor Black Panther, released just nearly three months ago. Disney has hails that film as the number one superhero movie of all time.

The domestic releases, 102 Not Out and Raazi, perhaps may not be able to stop Avengers Infinity War box office collection in the weekend, despite having superstar Amitabh Bachchan as well as Rishi Kapoor in one these films.