Avengers: Endgame Tickets BookMyShow Offer: Get up to Rs 150 cashback - How you should make payment

Marvel fans are experiencing an unprecedented form of adrenaline rush ahead of the release of the studios' latest offering Avengers: Endgame. 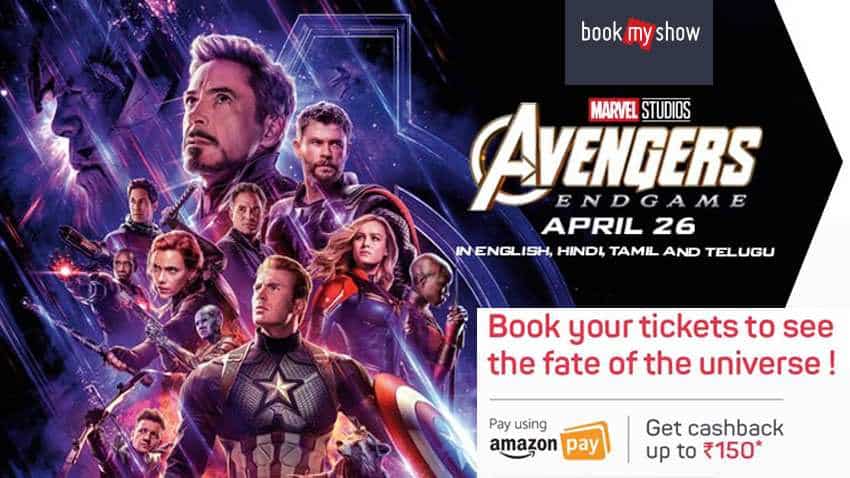 Here is how Marvel and Avengers fans can get up to Rs 150 cash back on bookings of Avengers: Endgame tickets through BookMyShow.

1- Log on to https://in.bookmyshow.com/
2-You will see a banner of Avengers: Endgame saying, "Book your tickets to see the fate of the universe"
3-Click on the banner
4- You will be redirected to a page wherein you can see a BOOK TICKETS tab
5-Click on BOOK TICKETS
6-Select the format - 2D, 3D, IMAX3D or 3D 4DX
7- Select theatre, timings and seat
8- Follow the instruction and make payment through Amazon Pay
9-You can get up to Rs 150 cash back (Maximum cashback 20% up to Rs 150. T&C Apply)
10-You will get cashback amount in your Amazon pay wallet

Reportedly, BookMyShow has witnessed a record advance ticket sale with one million tickets sold in just over a day. Interestingly, BookMyShow witnessed a peak of 18 tickets per second, that too for advance booking. Avengers: Endgame will be released in cinemas on April 26 in India in four languages - English, Hindi, Tamil and Telugu.