The GST rate of 28 per cent should be brought down to 18 per cent as it will benefit the industry in terms of cash flow, says Nishant Arya, Executive Director, JBM Auto. 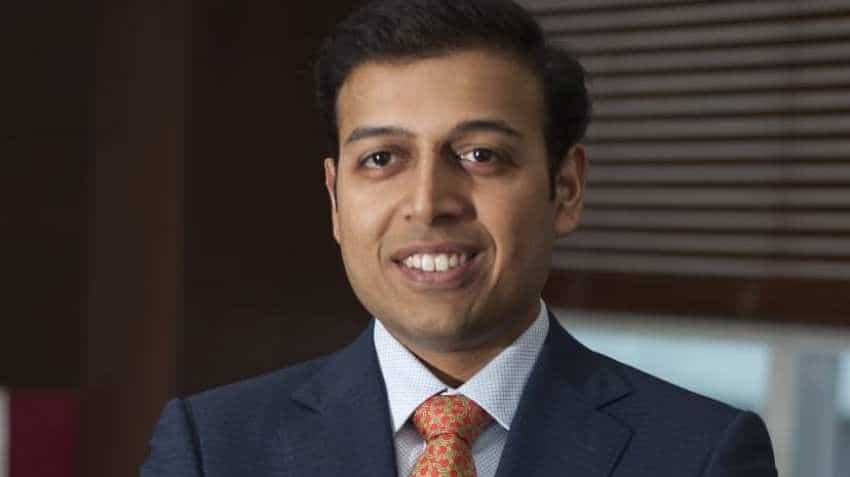 During an interview with Pooja Tripathi, Zee Business, Mr Arya said JBM Auto will be focusing majorly on buses and try to provide a safe, comfortable and green product in the segment. Image source: Zee Business snap
Written By: ZeeBiz WebTeam
RELATED NEWS

The GST rate of 28 per cent should be brought down to 18 per cent as it will benefit the industry in terms of cash flow, says Nishant Arya, Executive Director, JBM Auto. During an interview with Pooja Tripathi, Zee Business, Mr Arya said JBM Auto will be focusing majorly on buses and try to provide a safe, comfortable and green product in the segment. Excerpts:

Q: What are your expectation from the union budget that will be presented on July 5, 2019?
A: We have a clear expectation that GST rates which stand at 28 per cent should be brought down to 18 per cent because it will benefit the industry in terms of cash flow and the complete structure, especially MSME companies and large corporates - who are impacted – will be comfortable with this. Similarly, several companies have also invested a lot in BSVI and will be investing in EVs (electric vehicles) and they will need technology investment. So, the government should introduce tax rebates and other subsidies and incentives for the sector.

Thirdly, a priority lending perspective should be brought in the auto sector to support the Electric Vehicle segment. In addition, increasing insurance cost and implementation of BSVI norms will increase the vehicle cost and to tackle the same, it should come up with a total cost of ownership perspective, which will help in optimizing the insurance and funding cost. It will help in setting off the increased cost otherwise, the end customer would like to defer the sale, which will be impacting the automotive sector. The automotive sector, today, is giving 50 per cent of the manufacturing GDP, which is about 7.5 per cent of the national GDP, as the manufacturing GDP stands at 15 per cent. It is contributing 300 billion dollars which will be going up to 1 trillion dollars in the next few years when the economy is going up to 5 trillion dollars. So, it will need huge investments may it happens in EVs or some other new technology. So, such companies need to be incentivised and infrastructure should be provided. So, industry focus and sector-focused perspective should be brought in because the automotive sector is not only giving jobs within the automotive sector but there are many indirect sectors also, which are providing such jobs. So, how, we are equipping ourselves with such kind of infrastructure and the whole ecosystem that is going to be very crucial, which will be a defining moment for the industry at large.

Q: NITI Aayog has asked every company to submit a roadmap for EV segment in the next two weeks. Do you think that this direction will bring any additional pressure on the industry?
A: Definitely, it will happen as the industry has already invested around Rs60,000-70,000 crores on BSVI and a similar investment or more will be needed on EVS. But as OEMs of the EV segment, we will be focusing majorly on buses. Interestingly, we are seeing that a fast-paced transition to the segment will happen in the time to come. For instance, more than 2 lakh vehicles have been sold in the electric bus segment in China alone and the same will be repeated in India because the public transport is generally used by a common man. We have a focus on offering a safe, comfortable and green product and that is why we started working - 2-3 years ago - on the electric vehicles. JBM Auto as a company is a very well equipped with the manufacturing capacity with the technical know-how and ability to invest and grow in the electric bus segment. When it comes to auto components of the electric buses then we will have to look forward to how the industry is responding and how the market is growing. And, as the market grows, and the industry responds, we will be there offering and catering to their requirements. Here I am talking about providing complete electric vehicle ecosystem where we talk about the vehicle, charging technology, battery technology and the complete operation support.

Q: Do you think that India is ready to adopt/transit to this system amid ongoing issues like investment, subsidy burden and preparedness of the industry, which is asking for more time?
A: Definitely, the industry needs some time to provide a detailed report and plan with actions and execution strategy to make sure that they are well prepared for the same. For instance, as the government in 2017 provided a 3-year timeframe to the industry for doing Euro VI, which needed just a change in fuel and a few other changeovers. However, other countries have a bigger timeline like a timeline of 10-15 years was given in Europe for bringing different variants of Euro VI. But India has achieved in just 3-years. So, we will have to take the leap forward but EV is a totally new technology and it will also have its impact on supply-chain. At the same time, we will have to have a look at the ecosystem like lending is a challenge. So, the companies who are investing will have to see how they are going to invest and what is the long-term roadmap in terms of volume as there is no clarity on volumes. That’s why the government should define a transition period so that things can proceed step-to-step further and can be followed by the companies during the transition period, whatever, is mutually agreed between the automotive industry and the government, jointly.

Q: What is your view on the ongoing demand scenario in the auto sector? Do you think that there is a slowdown in the sector, if yes, then can you provide a timeline for revival for the same?
A: See, the auto industry was severely impacted during the second half (H2) of the financial year (FY) 2018-19. Similarly, H1 of FY2019-20 is going to be severely impacted due to the general elections, financial crunch and market sentiment. People are hoping that with the festive season or some pre-buying, which may happen because BSVI will be implemented. It is a major change that will happen from April 2020. The second half of the year should be better than the first half, but we will be achieving the desired level of growth in the coming times, it is not very certain but will get that clarity on next two months. Several things will be cleared from the budget, i.e., does it provide a growth impetus and perspective to the industry on basis of which it can grow forward, and we can anticipate that kind of investment that is needed to make EVs and new technologies and the new framework with the regulatory norms that the government is bringing about.