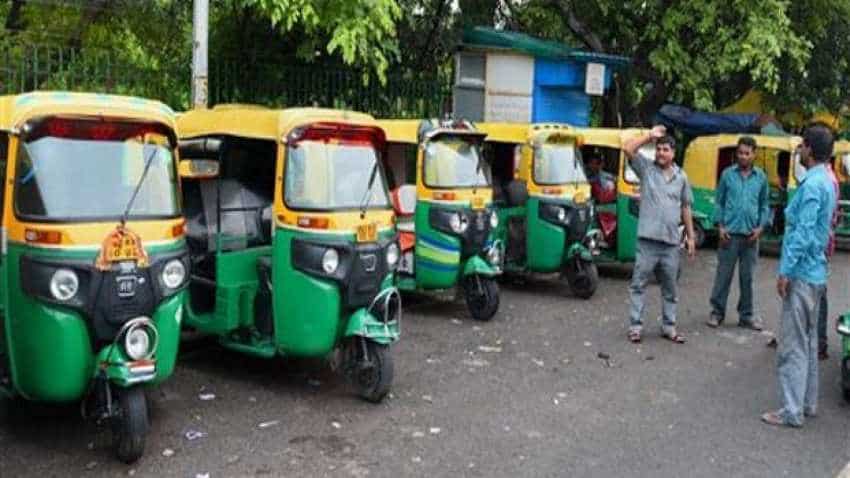 A Delhi government spokesperson stated that the notification on auto fare revision is a "mandatory and irreversible directive" . Image source: PTI

Delhi government today notified new auto-rickshaw fares, effecting a 18.75-per cent increase on existing rates, to meet the demands of owners and drivers of over 90,000 auto-rickshaws plying in the national capital, as they had played a crucial role in the rise of the Aam Aadmi Party (AAP).

Under the revised rates, the metre down charge will be Rs 25 for the first 1.5 km, instead of existing 2 km. The per km charge has also been increased from existing Rs 8 to Rs 9.5, which is a hike of around 18.75 per cent, said a PTI report, adding that the notification introduces waiting charge at the rate of Rs 0.75 per minute if an auto is caught up at a traffic signal. Luggage charges will be Rs 7.50.

"Auto-rickshaw drivers will be able to charge the revised rates after necessary re-calibration of fare meters. It will take around 1.5 months for re-calibration of meters in over 90,000 autos registered in Delhi," a senior Transport Department official told PTI.

A Delhi government spokesperson stated that the notification on auto fare revision is a "mandatory and irreversible directive" to the STA to implement the cabinet decision. After completing due formalities, the STA will implement the decision at the earliest, he added.

Delhiites to pay more for Auto-rickshaws, fares set to rise by 14.3%