At present, the economic condition of Gurugram and Manesar`s industrial areas' local economy is grime as the slowdown has decelerated production, leading to job losses. 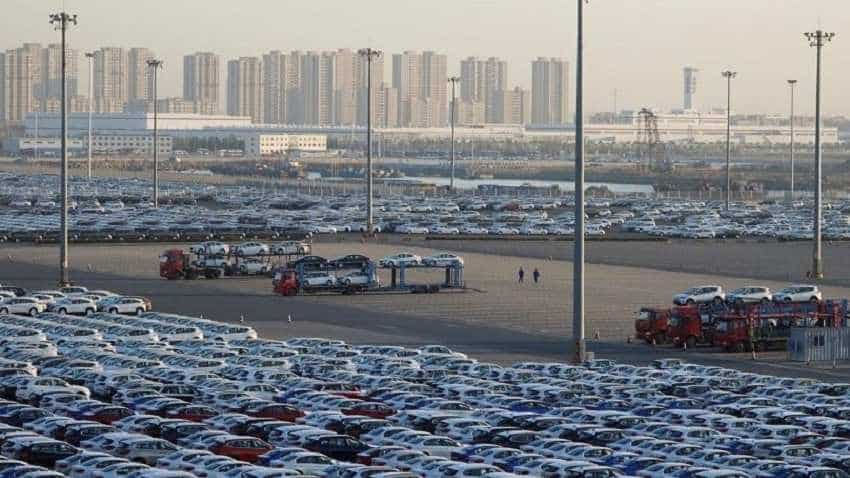 The consumption slowdown that dented auto industry' sales and production has now percolated to the local economy, causing hardships to thousands of small businesses and job holders. Reuters

The consumption slowdown that dented auto industry' sales and production has now percolated to the local economy, causing hardships to thousands of small businesses that supply parts along with services like logistics to the key manufacturing sector. At present, the economic condition of Gurugram and Manesar`s industrial areas' local economy is grime as the slowdown has decelerated production, leading to job losses.

The industrial belt houses an estimated 1,000 medium and small ancillary units comprising various vendors of raw materials and auto parts. Each of these units employ a workforce ranging from 20-200 in the area which is home to automobile majors such as Maruti Suzuki, Hero MotoCorp and Honda Motocycle & Scooter India.

These small businesses which manufacture everything from nut bolts to seats have been impacted the hardest by the sales slowdown which is a culmination of several factors such as high GST rates, farm distress, stagnant wages and liquidity constraints. Additionally, not just those directly related to the supply of parts for manufacturing, but even the providers of tertiary services like transport have been hit.

"Truckers that used to bring in raw materials for the whole industry and transport the finished vehicles to dealerships are stranded for months, as work has dried-up," Kuldeep Janghu, General Secretary of Maruti Udyog Kamgar Union, told IANS in Gurugram. "Many vendors for small parts have completely shutdown operations and removed all the employees. The real job losses are on their end."

Industry insiders said that the Gurugram and Manesar belt might have lost around 50,000 to 1 lakh employees since the start of the slowdown. "Part suppliers are the backbone of manufacturing and they along with their sub-vendors are the first to get impacted by the slowdown," Rajesh Shukla, General Secretary of Hero MotoCorp Workers Union, told IANS.

Consequently, job losses from the mainstay sector of the region has had a cascading impact on other business, thereby creating a negative multiplier effect. This trend might even force some businesses to default on their interest obligations. "We predominantly depend on the suppliers for small parts like bins, nut bolts and some castings. Lately, these shipments have reduced with some of our sub-vendors also closing down," said Satish Kumar, an employee with a tier-I parts manufacturer.

"With the loss of many jobs in the auto sector, other local businesses and rentals here that depend on these workers have been impacted badly." A case in point is the empty residential buildings meant for workers in the urban villages of Sharol, Bans and Dhani in this industrial belt. Last week, automobile sector`s representatives met with Finance Minister Nirmala Sitharaman to apprise her of the grime situation.

The fall-out of the slowdown can be gauged form the fact that the auto industry contributes around half of manufacturing GDP and 11 per cent of the total GST revenue. It is estimated that the sector also supports almost 37 million direct and indirect jobs. Recently, all major OEMs consisting of passenger, commercial, two and three wheeler manufacturers have reported a massive decline in domestic sales.