Attempts being made to make judiciary deaf and dumb: Sena 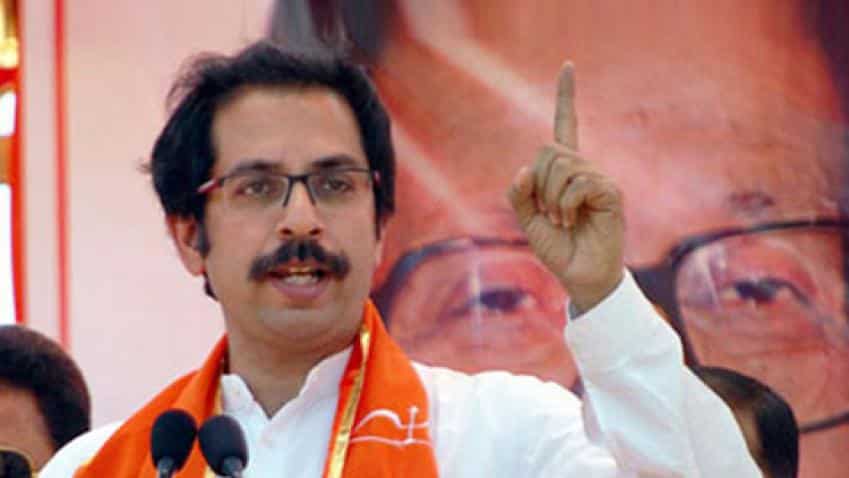 Praising the four Supreme Court judges who mounted a virtual revolt against the country's chief justice, Shiv Sena chief Uddhav Thackeray today said attempts were being made to make the judiciary "deaf and dumb".
He said the government should not meddle in the matter.

"The decision of those judges should be lauded. There is a high possibility that there will be an inquiry called against them now. However, this inquiry should be unbiased," Thackeray told reporters here.

Questioning the timing of President Ram Nath Kovind's visit to the city tomorrow, Thackeray sought to know what pressing engagements he had here when the apex court was facing a crisis.

"What is so important happening here that the president is coming to Mumbai?" he asked.

"Attempts are being made to make the judiciary deaf and dumb. The question that has arisen now is if people are fulfilling their responsibilities towards the nation? Only winning elections is not administration," Thackeray said.

The Sena chief, whose party is an ally of the ruling BJP, was asked if the judiciary seemed under pressure under the current dispensation.

He said the judges' decision to hold a press conference in New Delhi came as a shock and added that people would now wonder if they should trust the judiciary or not.

"The government should not interfere in this. Let the judiciary do its work," he said.

The four senior-most SC judges--Justices J Chelameswar, Ranjan Gogoi, M B Lokur and Kurian Joseph--had yesterday said that the situation in the top court was "not in order" and many "less than desirable" things have taken place.

Unless this institution is preserved, "democracy will not survive in this country," they had said.

Justice Chelameswar, the second senior judge after CJI Dipak Misra, had said, "Sometimes administration of the Supreme Court is not in order and many things which are less than desirable have happened in the last few months."

He said the four judges had written a letter to the CJI some time back, raising important issues facing the apex court judiciary.