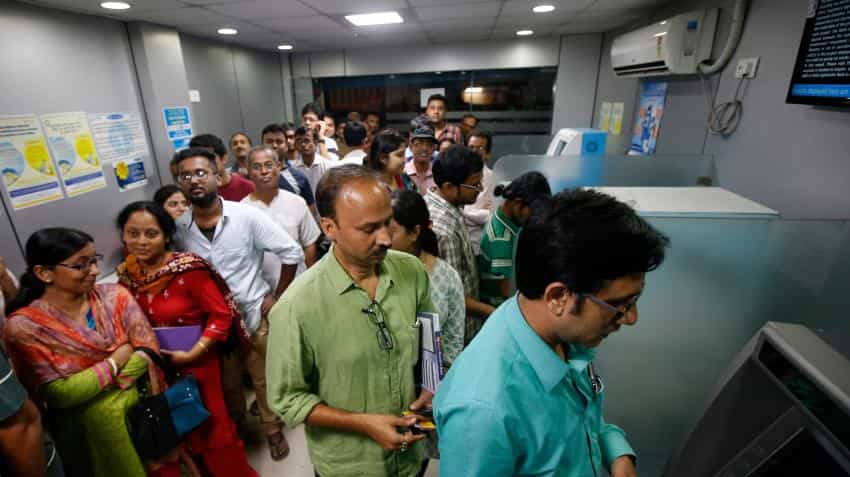 People wait to withdraw and deposit their money at an ATM kiosk in Kolkata. Image Source: Reuters
Written By: PTI
RELATED NEWS

All ATMs will remain shut on Wednesday and Thursday as banks replace the now declared invalid Rs 500 and Rs 1,000 notes with new currency papers.

Banks are also closed on Wednesday for cash balancing and stocking up of lower denomination Rs 50 and Rs 100 notes and high security new Rs 500 and Rs 2,000 notes.

Customers can deposit their old Rs 500 and Rs 1,000 notes in their bank accounts on Thursday, and also exchange it with lower denomination or the new security feature Rs 500 and Rs 2,000 notes but with a limit of Rs 20,000 a week.

The new high security feature Rs 500 and Rs 2,000 notes will initially be available at branches from Thursday and at ATMs from November 11.

Since most of the cash deposit machines are inside the branches, people can deposit their old currencies only from Thursday when the branches open.

Meanwhile, the government has cautioned people that since cash deposit in a account above certain limit will be monitored by Financial Intelligence Unit and tax authorities so one should refrain from someone else money.

Besides, depositing money in bank accounts, the Rs 500 and Rs 1,000 notes can also be exchanged with lower denomination currency notes at designated banks and post offices on production of valid government identity cards like PAN, Aadhaar and Election Card from November 10 to November 24 with a daily limit of Rs 4,000.