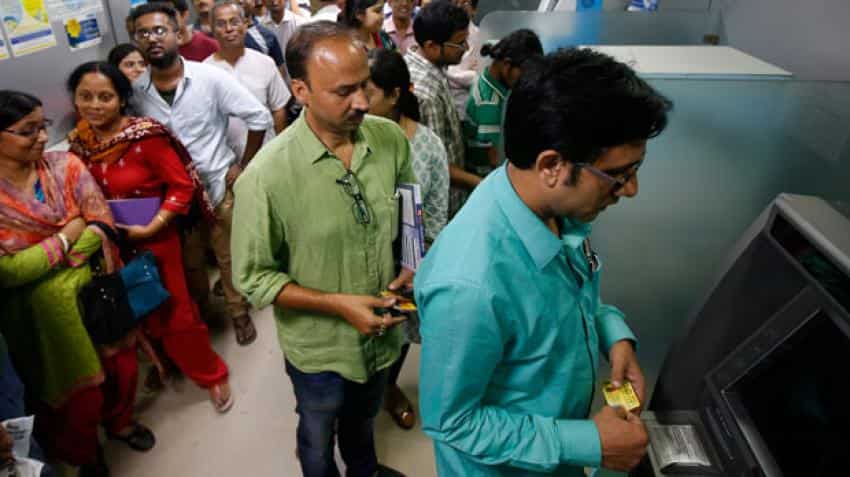 ATM cash crunch: The Income Tax Department (ITD) has seized Rs 14.48 crore in cash during raids at multiple locations, including in poll-bound Karnataka, in the wake of recent cash crunch in the country. Image source: Reuters

ATM cash crunch: The Income Tax Department (ITD) has seized Rs 14.48 crore in cash during raids at multiple locations, including in poll-bound Karnataka, in the wake of recent cash crunch in the country, officials said today. They said the department raided a number of entities that were found to be hoarding cash in various states.  "The total cash seized in these searches is Rs 14.48 crore and the seized currency is largely in the higher denominations of Rs 2,000 and Rs 500," a senior official said.

The officials cited some instances in this context and said searches were carried out against "prominent" PWD contractors in poll-bound Karnataka, who were awarded contracts during January-March this year. The searches carried out last week led to unearthing and seizure of Rs 6.76 crore in cash, mainly from the benami lockers detected during the operations, they said. Over a dozen contractors in Mysore and Bengaluru were covered as part of the action, they said. The cash was found to be in the denominations of Rs 2,000 and Rs 500 and some of the searched assessees were found to be not maintaining the books of accounts, they said. The Rs 6.76 crore seized last week took the total amount of seizure in the poll-abound state since the announcement of election schedule to Rs 10.62 crore. The taxman has also seized jwelleries worth Rs 1.33 crore from the state.

In the Hyderabad region, the raids were conducted by the department on two realtors that led to a seizure of Rs 5.10 crore of "unaccounted cash" in the high-value denominations, they said. In a similar action in Punjab's Khanna district, a group engaged in manufacture and sale of cattle feed was searched and it led to the seizure of cash amounting to Rs 2.62 crore alongwith jewellery and bullion of Rs 66.49 lakh, the officials said.

The group was making purchases and sales outside the books in cash and was showing a very low profit ratio and 5 lockers of the group are still under the attachment ordered by the tax authority, they said.
The Central Board of Direct Taxes (CBDT), that frames policy for the ITD, had recently asked the investigation wings of the department to check the cash crunch crisis after many ATMs across the country went dry.

Want to invest in forex? Here are top 5 tips from expert