The 9.02 Km long tunnel connects Manali to Lahaul-Spiti valley throughout the year 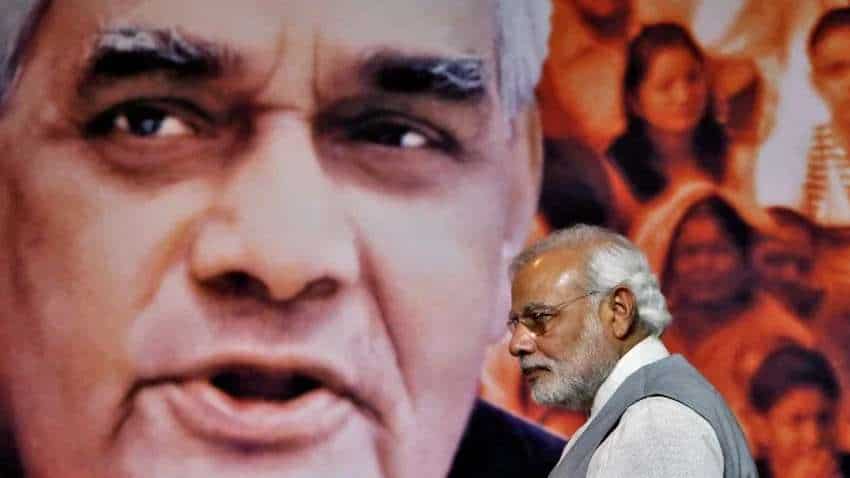 The tunnel reduces the road distance by 46 Kms between Manali and Leh and the time by about 4 to 5 hours. PTI pic.

Here are some amazing things to know about Atal Tunnel, Rohtang - The longest highway tunnel in the world:-

- The 9.02 Km long tunnel connects Manali to Lahaul-Spiti valley throughout the year

- The Tunnel is built with ultra-modern specifications in the Pir Panjal range of Himalayas at an altitude of 3000 Mtrs (10,000 Feet) from the Mean Sea Level (MSL).

- The tunnel reduces the road distance by 46 Kms between Manali and Leh and the time by about 4 to 5 hours.

- It is horse shoe shaped, single tube double lane tunnel with a roadway of 8 Mtrs. It has an overhead clearance of 5.525 Mtrs.

- Atal Tunnel has been designed for traffic density of 3000 cars per day and 1500 trucks per day with max speed of 80 km/hr.

- It has the state of the art electromechanical system including semi transverse ventilation system, SCADA controlled firefighting, illumination and monitoring system.

(a) Tunnel entry barriers at both portals.

(b) Telephone connections at every 150 Mtrs for emergency communication.

(g) Broadcasting system throughout the tunnel.

"The historic decision to construct a strategic tunnel below the Rohtang Pass was taken on June 03, 2000 when late Atal Bihari Vajpayee was the Prime Minister. The foundation stone for the Access Road to the South Portal of the tunnel was laid on May 26, 2002," Prime Minister's Office said in a statement.

"The Border Roads Organisation (BRO) worked relentlessly to overcome major geological, terrain and weather challenges that included the most difficult stretch of the 587-metre Seri Nalah Fault Zone. The breakthrough from both ends was achieved on October 15, 2017," Prime Minister's Office added.

Get Latest Business News, Stock Market Updates and Videos; Check your tax outgo through Income Tax Calculator and save money through our Personal Finance coverage. Check Business Breaking News Live on Zee B