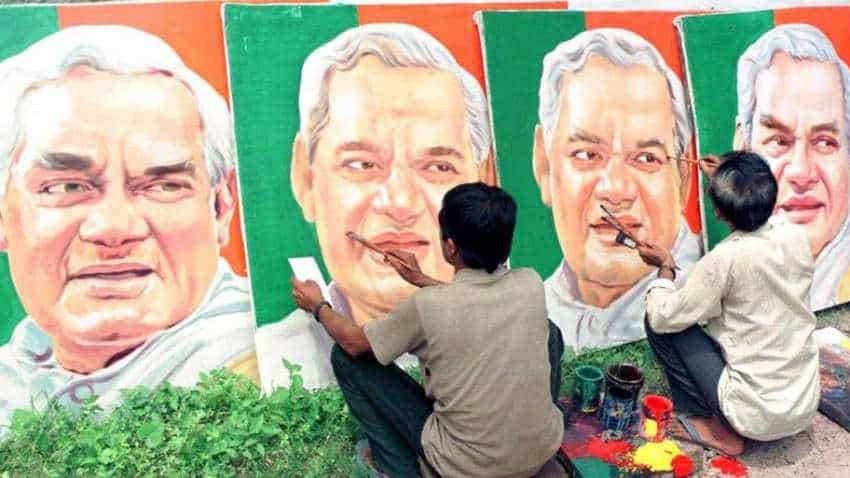 Some senior BJP leaders like Bhupendra Yadav have already reached to the 'Sadaiv Atal' — the Atal Bihari Vajpayee memorial. Leaders from Non-NDA parties like Samajwadi Party, TDP, AIADMK are also expected to visit Sadaiv Atal and pay tribute to the seasoned politician, who died last year after a prolonged illness.

Atal Bihari Vajpayee first entered the Lok Sabha in 1957 and his presence was felt by the then prime minister Pt. Jawahar Lal Nehru, who often praised Vajpayee for his poetic style of criticism of the Pt. Nehru's policies. In fact, Vajpayee had a long haul in opposition but had friends in the ruling Congress party as well. Once Ghulam Nabi Aazad (who is now the leader of the opposition in Rajya Sabha) had praised Vajpayee citing, "Tere Lab Par Sheri Hain Sanam, Gaaliyan Sun Kar Bhi Maja Aa Gaya" (Your mouth is so full of cherries that it makes even pinching words sound sweet.) Azad was speaking about the statesmanship of Vajpayee after the criticism of the Congress party by the veteran leader over J&K policy. Today, article 370 has been virtually scrapped.

UP govt to distribute free smartphones, tablets to one crore final year students