A bellwether policy reformer of modern India, former prime minister Atal Bihari Vajpayee, who passed away on Thursday at the age of 93, was decisive and pursued his reforms agenda with vigour without getting ruffled by criticism. 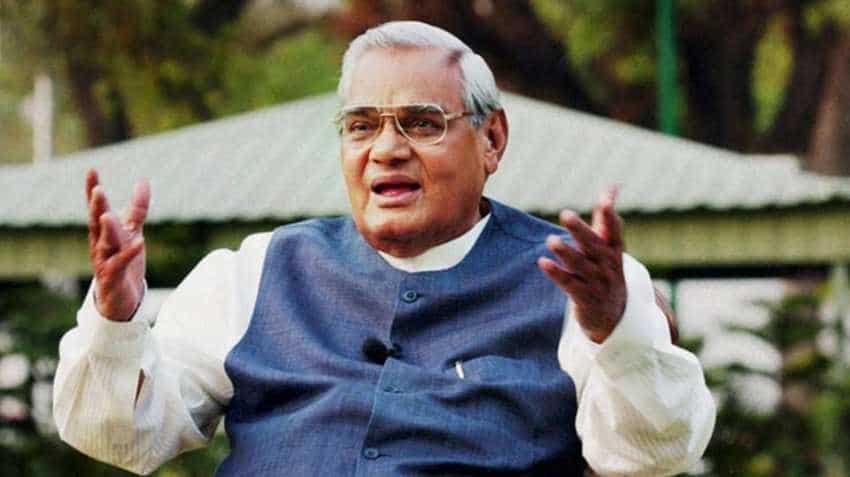 A bellwether policy reformer of modern India, former prime minister Atal Bihari Vajpayee, who passed away on Thursday at the age of 93, was decisive and pursued his reforms agenda with vigour without getting ruffled by criticism.

India Inc paid a glowing tribute describing the former prime minister as a ‘great economic reformer’ under whose visionary leadership the country made rapid strides in economic growth.

Expressing deep loss at his demise, the Confederation of Indian Industry (CII) said that an era has ended and industry is in grief.

Rakesh Bharti Mittal, president, CII, said, “The nation has lost one of our tallest leaders and an inspirational mentor. A towering leader of the country, he always impressed with his complete dedication and commitment to India’s development, and the Indian industry expresses deepest condolences on his passing.”

Ratan N Tata, chairman, Tata Trusts, said all of us who knew Atal Bihari Vajpayee are saddened to hear of his passing away. “He was a great leader with a great sense of compassion and humour. He will be remembered fondly by a vast number of us,” Tata said in a statement.

Echoing the sentiments, N Chandrasekaran, chairman, Tata Sons, said, the nation has lost a statesman of independent India. “An iconic leader on the world stage, Vajpayeeji led India with great wisdom, foresight and love for the country,” he said.

“A great economic reformer, as a prime minister he was always guided by a strong conviction that liberalisation would help us realise our

Anand Mahindra, executive chairman, Mahindra Group, tweeted, “The leadership lesson that I learned from my interactions with him was that no matter how significant your achievements while in office, you ultimately earn the affection of people through your humanity and your humility...”

Prathap Reddy, founder and chairman, Apollo Hospitals, said, “He (Vajpayee) put the nation on fast track with initiatives like Golden Quadrilateral project, the New Telecom Policy, the Sarva Siksha Abhiyan and the Fiscal Responsibility Act that laid down the path for future governments to follow.”

“India has lost its Ratna. A stalwart who rose above party politics, a gentle statesman, a poet, an inspirational human being, a visionary, a legendary orator,” tweeted Harsh Goenka, chairman, RPG Enterprises, adding that Vajpayee was loved by all whose lives he touched - a trait that distinguished him.

Anil Agarwal, group chairman, Vedanta Resources Plc, said in a statement that India has lost a true son of the soil, who rose from a very humble background to lead the country at a crucial juncture. “An excellent orator, a mass leader, a fire power and a sensitive human being, Vajpayee was one of India’s tallest leaders and was the first to address United Nations in Hindi,” he said.

According to Pankaj M Munjal, chairman, HMC, a Hero Motors Company, by laying the foundations of several infrastructure projects on a massive scale and celebrating Indian entrepreneurship, Vajpayee gave a new direction and confidence to Indian industry. “The resurgence and resilience of today’s businesses are indebted to the vision and foresight of this remarkable man,” Munjal said in a statement.