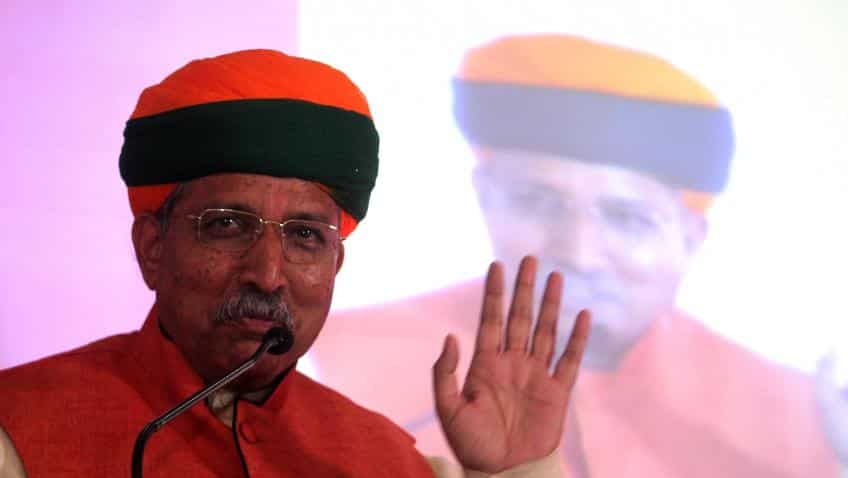 The union government is abiding by the target date for implementing the goods and services tax (GST) to ensure that it is applicable from April 1, 2017 across India, Minister of State for Finance, Arjun Ram Meghwal said at an Assocham event held in New Delhi on Thursday.

"We will deliberate the issues and definitely decide in the interest of the nation," said Meghwal.

The Union Minister added that the GST is a major initiative that can take India's gross domestic product (GDP) growth to double-digit level that is up to 10% from current level of over 7%.

Highlighting that the Government is slowly moving towards the goal of - one nation, one tax, he said, "We will consider all aspects and to promote ease of doing business and ensure success of 'Make in India' program, we can also consider slab related issues."

Conceding that India is grappling with challenge of low private investment, Meghwal said, "I think, this is the biggest challenge before the government." On the success of Skill India initiative, he said that the initiative will not succeed if it is not able to go as per the industry's requirement.

"We will take the input from you, though we are running Skill India program along with states, but we will definitely take the initiative and input from the industry."

The Minister also emphasised that unless agriculture, housing and rural sectors are improved, India's GDP will not grow as per government's desire.

"From 1952 we have been fixing the target that we will grow agriculture sector at 4%, now this present government has taken so many initiatives like Pradhan Mantri Fasal Bima Yojana, simplification of Kisan Credit Card (KCC), Soil Health Card, increasing irrigation facilities, so I hope that the target of growth for agriculture growth will be achieved," said Meghwal.