Asian Paints is the largest paints company in India, with 47% market share in the decorative paints industry. 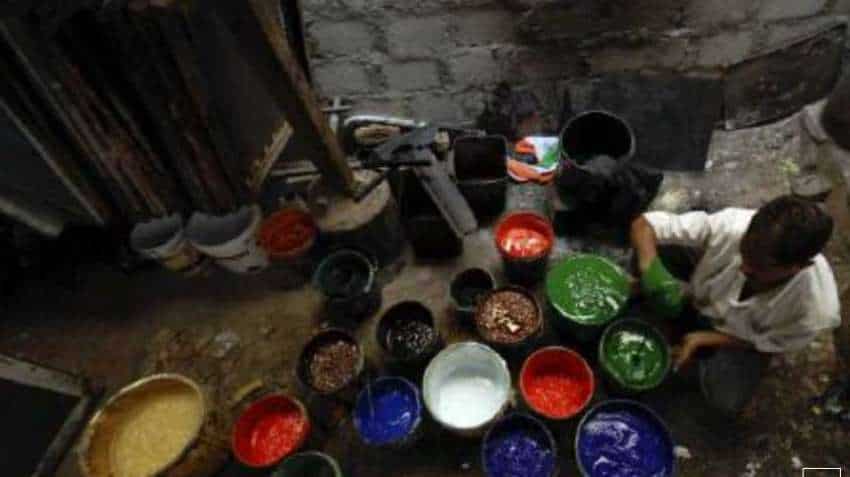 Asian Paints is the largest paints company in India, with 47% market share in the decorative paints industry. Its growth strategy involves increasing presence in entry level paints, growing its dealer network, expanding into adjacencies and improving presence in eastern India. In the near term, while growth is respectable, longer term industry headroom is not large and hence, valuation at 59x FY22E is expensive.

Berger Paints is the second largest player in decorative paints, in India. With drivers, which have supported growth in the past decade, now running out of steam, Berger’s growth and outperformance vs. Asian Paints are likely to moderate going forward. Berger’s return profile, although strong, is slightly below that of Asian Paints and the valuation premium of 20% may not hold up in the absence of outperformance.

Kansai Nerolac is the largest industrial paints player in India. Its growth strategy includes distribution expansion, brand building and extension into new segments & geographies. While Kansai could benefit from input cost tailwinds and auto recovery in the near term, IIFL Securities believe that the overall paints industry will not be able to sustain a robust long-term growth rate. Kansai’s low RoE and high working capital offset the relatively low FY22E PER of 45x.

Using a detailed industry-demand estimation model, IIFL Securities dispel the notion that paints is an underpenetrated category and its corollary that there is scope for robust long-term growth. They also argue that other benefits like pricing power and an oligopolistic structure are neither critical enough nor unique to paints. Reverse DCF model suggests a required long term growth rate of 15% for the paints universe, 300 bps higher than what IIFL Securities believe is possible. The recent run up in the sector provides a good selling opportunity, notwithstanding near term earnings strength.

With growth drivers such as kuchcha to pucca house conversion, non paint to paint coatings conversion and a reduced repainting cycle, having largely played out, IIFL Securities believes that long term growth for the industry will be slower than in the past and outperformance vs FMCG growth differential will fade away over the next few years. The common belief that the industry is underpenetrated is based on the much higher per capita consumption in developed markets such as the U.S. and overlooks the 7x higher built-up area per capita there.

IIFL Securities coverage Growth faster than industry, but not for long:

As large companies already account for 75% market share, headroom for faster than industry growth in the long term is only 100 bps, although over the next 5 years, growth could be higher due to front-end market share gains. Even under the aggressive assumption of 1,000 bps margin expansion over 20 years, profit CAGR is projected at 11%, which along with new categories (waterproofing, etc) could, at the most, go up to 12%.

IIFL Securities reverse DCF model suggests that long-term CAGR of 15% is required to justify the current price vs estimate of 12%, this translates into a 25-30% differential in PV. IIFL Securities believes that even well penetrated categories such as soaps and biscuits could be 2x-3x larger than the current size, with increased frequency of use, which is not possible to the same extent in the paints industry. Moreover,

IIFL Securities argue that other aspects such as pricing power and an oligopolistic structure neither confer a strong measureable advantage nor are unique to paints.
In light of this, IIFL Securities are negative on the sector; they are 1% above consensus for FY22 estimates but 6% below consensus for FY23 estimates in case of Asian Paints and are 2-9% below consensus in case of Berger and Kansai for FY22E/23E.