As India battles rupee plunge, focus shifts to this problem

The failure to stem the rupee`s slide using central bank intervention and other means over the past month has shifted investor focus to the need for interest rate hikes to do the job. 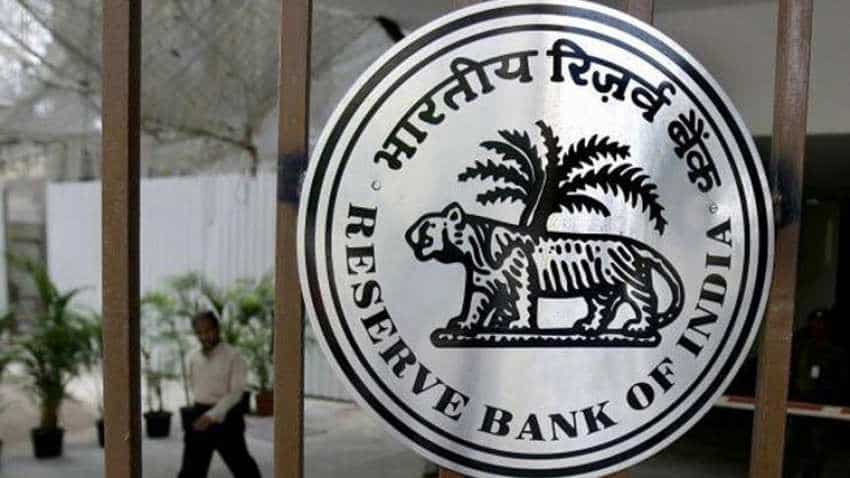 Since April, the RBI is believed to have spent $20 billion to $25 billion to defend the rupee, yet the currency has continued to weaken. Image Source: PTI
Written By: Reuters
RELATED NEWS

Investors have increased bets that India`s central bank will need to raise interest rates at least two more times this year to shore up the battered rupee after previous efforts to defend the currency failed to sway markets.

The government`s latest measures to support the rupee announced last week were particularly underwhelming for market participants who have since increased bearish positioning on the currency.

At the same time, the failure to stem the rupee`s slide using central bank intervention and other means over the past month has shifted investor focus to the need for interest rate hikes to do the job.

Since August, money markets have gone from pricing this year`s third 25 basis point RBI rate hike to pricing a fourth.

Rate hikes "will be far more effective to bring down the premium investors are demanding from ... India", said Jahangir Aziz, head of emerging market economics research at JP Morgan, who now expects two more hikes instead of one.

India`s rupee has been punished for the country`s widening trade gap and swept into the broader emerging market turmoil caused by rising U.S. interest rates and an escalating U.S.-China trade conflict. It is Asia`s worst performing currency this year.

Most of the money market repricing has come on the back of a slowdown in the RBI`s currency interventions in recent months.

Data shows the RBI spent $6.2 billion defending the rupee in June. This eased to $1.8 billion in July when markets stabilised, and is estimated to have remained around $2 billion in August despite renewed market volatility.

Traders believe intervention picked up in September as the RBI tried to protect the rupee from slipping past the 73 per dollar level. The rupee touched a record low of 72.99 on Tuesday, and was 14.5 percent lower year-to-date.

Since April, the RBI is believed to have spent $20 billion to $25 billion to defend the rupee, yet the currency has continued to weaken.

"The RBI needs to be more tactical in intervening," said A. Prasanna, chief economist at ICICI Securities Primary Dealership in Mumbai, who also expects 50 basis points of hikes by December.

Prasanna warned, however, that taking the foot off the pedal completely could backfire as depreciation expectations could become self-fulfilling.

The RBI and finance minister`s office did not comment for this story.

Over the past month, the three-month overnight indexed swap rate has risen 50 basis points to 7 percent, suggesting markets are pricing in a total 50 basis points increase in RBI rates by December.

This week alone, it has risen five basis points, implying pricing for a 25 basis point hike has increased by 20 percent, after the government`s latest steps to reduce a local scramble for dollars failed to stop the rupee`s decline.

Disappointing investors was the absence of an announcement about Non-Resident India (NRI) bonds, which would tap into the savings of the wealthy Indian diaspora, a measure taken during currency crises in 1998, 2000 and 2013 with good results.

The one-month non-deliverable forward rupee rate traded offshore rose as high as 73.398 to the dollar on Tuesday, more than half a percent weaker than the onshore spot rate. That compares with an average spread of 30 basis points in September, 26 in August and 16 in July.

The widening spread indicates an increasingly bearish outlook for the rupee.