Retail inflation, which has a direct implication on common man and forms basis for the Reserve Bank (RBI) while reviewing policy decision, ranged between 1.46-4.88 per cent in 2017. 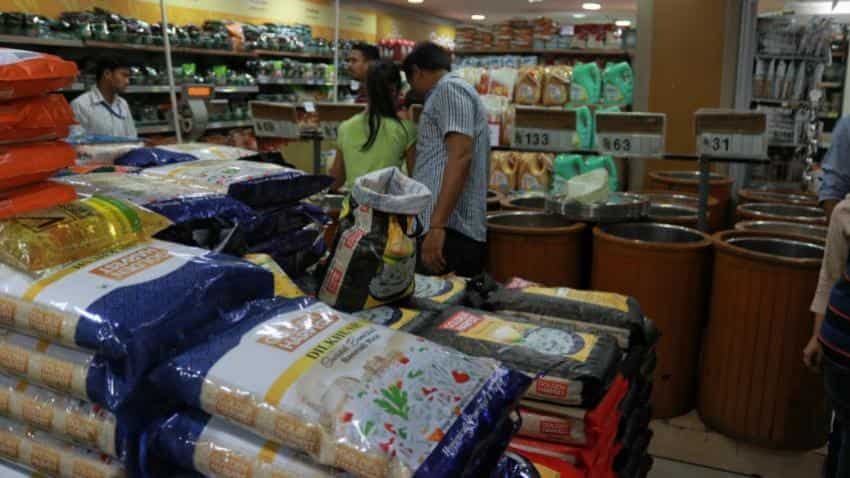 Retail inflation may average around 4-4.5 per cent next year, higher than an expected sub-4 per cent level this year, feel industry experts and economists. Image source: Reuters

Firming crude oil prices in the global market is likely to cast its shadow on retail inflation, which has begun to move northwards after hitting a low of 1.46 per cent in June, and may prompt the RBI to hold interest rates at least for some time in 2018.

Besides global oil prices, the impact of implementation of 7th Pay Commission, including the hike in house rent allowance, is likely put pressure on prices.

Retail inflation may average around 4-4.5 per cent next year, higher than an expected sub-4 per cent level this year, feel industry experts and economists.

Retail inflation, which has a direct implication on common man and forms basis for the Reserve Bank (RBI) while reviewing policy decision, ranged between 1.46-4.88 per cent in 2017.

Whereas the consumer price index (CPI) based retail inflation was at the year's lowest level of 1.46 per cent in June, it hit a eight-month high of 4.88 per cent in November.

The RBI too has upped its inflation projection to 4.2-4.6 per cent by March 2018 due to firming global oil prices and uncertainty on kharif farm output.

It aims to achieve a medium-term target of 4 per cent for retail inflation with band of plus/minus 2 per cent. Ranging between 0.90-6.55 per cent, wholesale price based WPI inflation moved in an inverted curve trajectory in 2017.
Wholesale prices rose between 5.25-6.55 per cent in first three months, touched lows of 0.90-1.88 per cent mid-year before gaining momentum to 3.93 per cent in October (WPI inflation data for November is due in January).

This price trend certainly kept the government in a comfortable situation this year, however fire fighting will be needed next year as majority of India's imports bill stem from crude oil purchases.

SBI Research Chief Economist Soumya Kanti Ghosh said inflation will be rising from this level, but will remain within sub-5 per cent.

But, it will still not be a major issue, Ghosh said, adding any rate action from the RBI is unlikely before second half of 2018.

"But, even if inflation goes to 5 per cent, it will be within RBI's inflation target of 4-6 per cent. Crude prices are now around USD 65 per barrel that could be one source of inflation rise," he added.

Experts are unanimous that crude oil will be a spoilsport next year.

Going into 2018, some upside momentum in inflation is likely to build up as it starts incorporating the recent increase in crude oil prices, Yes Bank Managing Director and Chief Executive Officer Rana Kapoor said.

Upward adjustment in housing allowance for the government employees under the 7th Pay Commission and some pass through of GST rates will also push prices, he said.

"I expect average CPI inflation to pick up gradually towards 4.7 per cent in 2018. The average inflation is likely to stay around 4.1-4.2 per cent, close to RBI's medium term target of 4 per cent. Hence, I expect the RBI to stay on a prolonged pause through 2018," Kapoor said.

India Ratings Principal Economist Sunil Sinha too reasons that prices are going to rise at a faster pace next year primarily because of the very low base.

"Also unlike last year, this year the prices of food items like vegetables have not been low, if it continues like that prices of food and vegetables will keep rising. The third thing is about the crude oil prices that will keep upward pressure on prices," Sinha said.

Geojit Financial Services Chief Investment Strategist V K Vijayakumar expects retail inflation to average 4-5 per cent next year and that RBI is likely to remain neutral with a hawkish stance in the light of firm crude oil prices.

"For the last quarter of 2018-19, CPI inflation might inch up to 5 per cent. A lot will depend on GST collections and crude prices. If there is a slippage in fiscal deficit target due to shortfall in GST revenue, that would be inflationary," he said further.

Inflation is expected to inch up towards the 5 per cent mark. An year ahead, consumer headline inflation may be around 4.75-5 per cent, Raman added.

The experts also feel that going forward the goods and services tax (GST) will be beneficial on the pricing front.

GST, which came to effect from July 1, put somewhat upward price pressure on most of goods and services and forced the government to review the slabs under the new tax system and brought down tax rates on nearly 200 items.

Jaitley hinted that the government may further rationalise GST rates but that will depend on revenue collections.

It had cut the repo rate by 0.25 per cent to a six-year low of 6 per cent in August this year. The industry watchers said RBI will most likely tab a pause button in its next monetary policy review in February as well.

WPI inflation cools to 22-month low of 4.95% in December on softening food prices